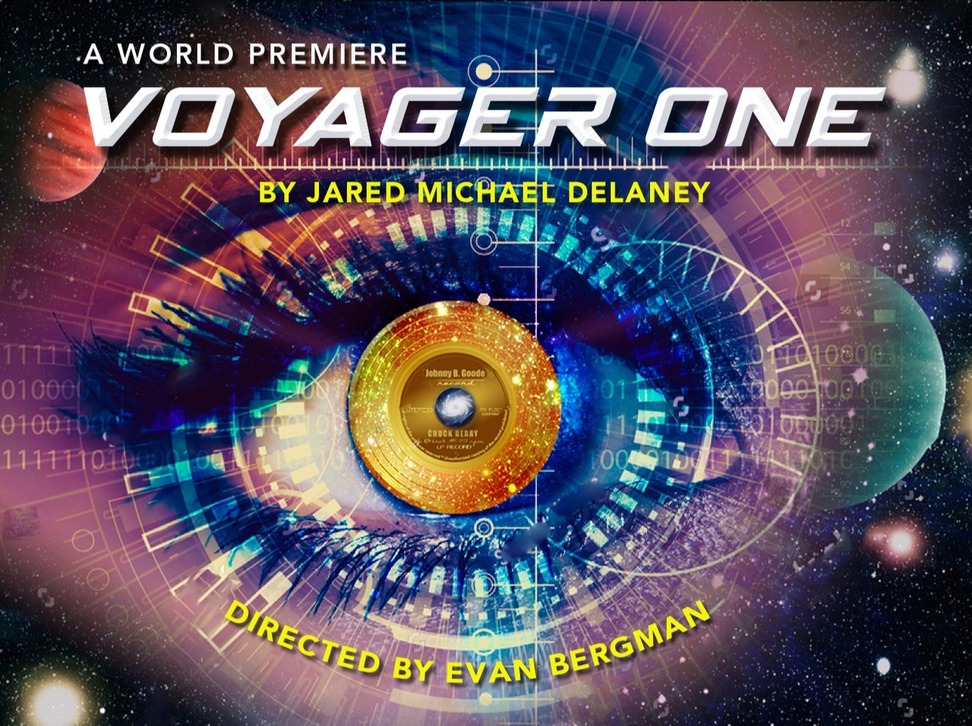 In the far future, a discovery is made which upends everything humanity has been led to believe. Meanwhile, in the 1970s, a pair of researchers on the Voyager One Golden Record project find themselves debating the very role humanity has to play in the universe.

"A show like no other... A new play experience that is truly a standout." —Marina Kennedy, BWW

"This is a play with outstanding acting and fine direction. It is a privilege to watch, and the New Jersey Repertory Company is to be applauded for presenting it."  —Allen Neuner, Out in Jersey