An evening of one-act plays by New Jersey playwrights

We welcome you to join us as we explore the joys of live, original theater in The Chatham Playhouse, where Jersey Voices has provided a venue for New Jersey playwrights to showcase their work since 1995. There’s a risk in coming to see any author’s new work, whether you’ve heard of them before or not. It’s brave and courageous, and we’re grateful our audience trusts us enough to share the experience. Jersey Voices has presented the work of more than 80 authors in their 25 years. “I'm constantly amazed by the talent and creativity of the Playwrights of New Jersey whose plays we get to present every summer,” said Co-Producer, Bob Denmark. 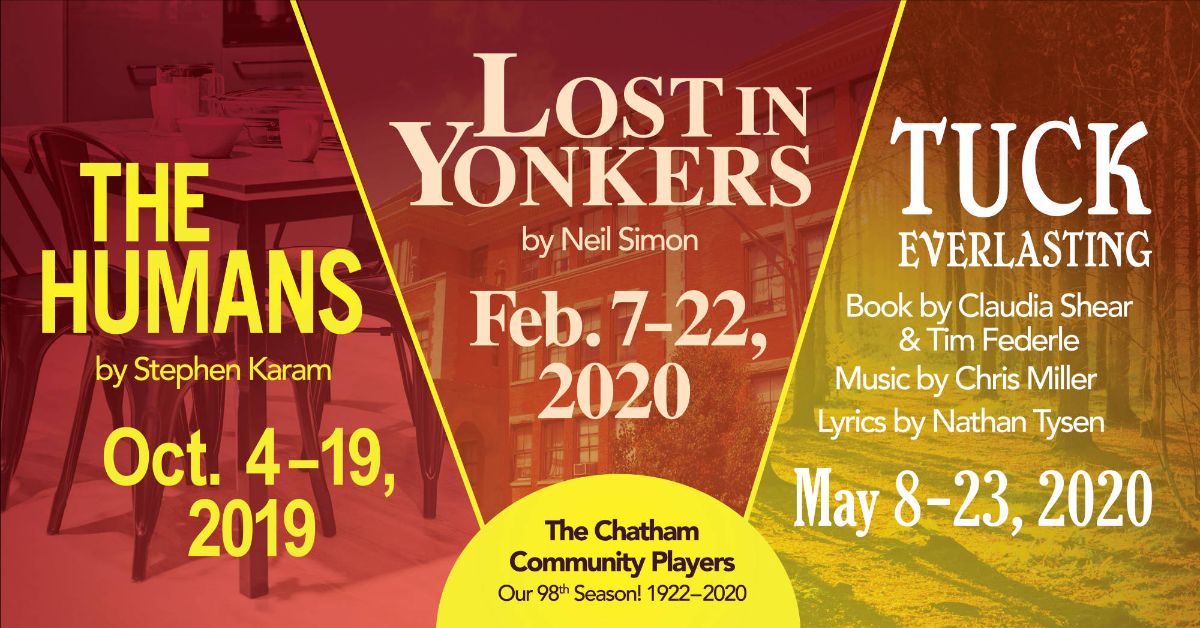 The Chatham Community Players announce their 98th (2019-2020) Season. This group has been entertaining residents of Morris County and the surrounding area since 1922.

For the upcoming season they have secured rights to produce, The Humans by Stephen Karam in October; Lost in Yonkers by Neil Simon in early February; and the musical, Tuck Everlasting with music by Chris Miller, lyrics by Nathan Tysen and a book by Claudia Shear and Tim Federle in May.

Season Subscriptions will be available soon at ChathamPlayers.org