Touching Down at NJ Rep: VOYAGER ONE, A World Premiere 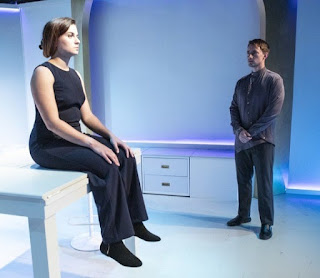 In the far future, a discovery is made which upends everything humanity has been led to believe. Meanwhile, in the recent past, two researchers on the Voyager One Golden Record Project find themselves on a journey across the universe where rock 'n roll never dies and love lives on.