SHIRAH COMMUNITY CHORUS ON THE PALISADES TO PERFORM 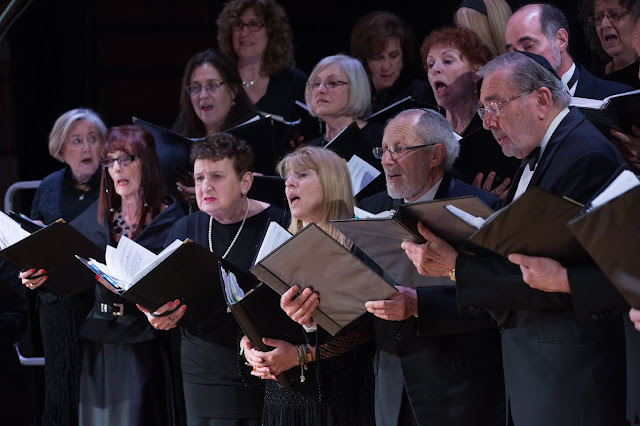 The SHIRAH Community Chorus on the Palisades, led by conductor Marsha Bryan Edelman, will celebrate its 25th Anniversary with a gala concert, Honoring our Founders. The concert will celebrate the individuals who worked together to create the SHIRAH Choir and to enable it to thrive: Bernie and Ruth Weinflash (z”l), visionary donors; Matthew Lazar, founding conductor; and Avi A. Lewinson, past CEO, Kaplen JCC on the Palisades.

“My parents believed strongly in the importance of Jewish culture, learning, and community, and cared deeply about Jewish continuity,” said Carol Weinflash Kopelman, daughter of Ruth and Bernie Weinflash and a member of SHIRAH. “They were honored to help create SHIRAH and were proud of the great impact it has made through beautiful music and the sense of community it inspires among its members and audience.”

The program will feature the world-premiere of "Do Justice," by Benjie Ellen Schiller, commissioned in memory of Bernie and Ruth Weinflash to honor this important anniversary. Following the concert, the community is invited to a post-concert dessert reception, underwritten by the Weinflash family.

Founded in 1994, SHIRAH brings together singers from across the Jewish denominational spectrum to perform the great choral works of the Jewish experience. The chorus has been featured in concerts in the United States and Israel, including Avery Fisher Hall (Lincoln Center), the New Jersey Performing Arts Center (NJPAC), the Bergen Performing Arts Center, and more. It also performs annually at the North American Jewish Choral Festival and at synagogue concerts throughout the tri-state area.

The JCC Thurnauer School of Music has been named a Major Arts Institution by the New Jersey State Council on the Arts. Serving nearly 500 students from infancy through adulthood, it offers a comprehensive program similar to the finest pre-college conservatories. The Thurnauer experience includes instrumental lessons, ensembles, and classes, master classes with world-renowned artists; a chamber music series; faculty recitals; and frequent student performances. It is a member of the National Guild for Community Arts Education and received an award for “excellence and high standards” from The Chamber Music Society of Lincoln Center.