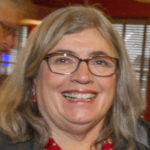 The highlight of Harmonium Choral Society’s spring concert for the past 22 years has been the High School Student Composition Contest.

The winning composition was a featured song at the concert on Saturday, June 8, at Grace Episcopal Church, Madison. The concert was repeated on Sunday, June 9.

This year’s winner, Varun Karry, is a student of Harmonium member Matthew Lee. The group performed his composition, My Beloved Spake, is a complex piano piece. Karry received the $1,000 grand prize. Varun has music on Spotify, Apple Music and other streaming platforms.

There was a tie for second place between C.J.W. Van Der Wende of Jefferson Township, who is homeschooled, and Henry Marinovic from Madison High School. Honorable mention went to Kimberly Love from Parsippany Hills High School who sings with Harmonium.

The theme of the concert, “A Thousand Beautiful Things,” comes from the Annie Lennox song that ended the evening with a wonderful solo by second soprano Sarah Thomson. Matlack said the beautiful things are less material items that the things we experience every day.

The concert included a particularly interesting set from the Chamber Singers.

They did two pieces from a concert a year ago, The Wild Swans at Coole, which had been conducted by the composer, Martin Sedek at that time, and The White Birds, from a poem by William Butler Yeats.

The White Birds, by Ron Kean, features a flowing Celtic background, provided by Mariam Bora on whistle and John Lamb on bodhran. Soloists Matthew Onigman and Rachel Clark were perfect for their stanzas.

Matlack divided the Chamber Singers for two pieces. The men climbed to the choir loft for Schone Nacht by Wilhelm Nagel. The women remained on their risers for Here on Thesse Branches. The other Chamber pieces were Quam pulchri sunt, a setting from Song of Songs, and Nigra sum sed formosa.

As usual, the concert featured songs from contemporary composers: Sing, My Child, by Sarah Quartel with solos from long-time Harmonium members Nancy Bangiola and PJ Livesey; Unicornix Captivatur by Ola Gjeilo, and Only in Sleep, by Eriks Esenvalds. But, Matlack noted, “the wonderful dead white men, we can’t ignore them,” including Brahms, Debussey and Bernstein, represented by Abendstandchen, Beau Soir and Life is Happiness Indeed.

Matlack announced that because of the St. Matthew’s Passion presented in April, the groups fund-raising Cabaret was bumped to summer. It will be held on Saturday, July 13, from 7:30 to 9:30 at Grace Madison. “It’s smaller than others we’ve used, so there will be fewer tickets, but it’s air conditioned,” Matlack said.