WHEN: All concerts start at 7:30 PM. Food trucks will be open on site starting at 5:30 so people can picnic.
WHERE: Dolan Hall at the Annunciation Center on the campus of the College of Saint Elizabeth, 2 Convent Road, Morristown
The venue is fully accessible with elevators, free parking and comfortable seats.  For tickets and more information, go to www.lksarts.org.

A new summer concert series will bring both top food trucks and well-known jazz musicians to Dolan Performance Hall on the campus of the College of Saint Elizabeth in Morristown. With easy access from Route 24 at Convent Station, plenty of free parking, and excellent acoustics, Dolan Hall is a great music venue and having food trucks on campus starting at 5:30 will add to the festive atmosphere. 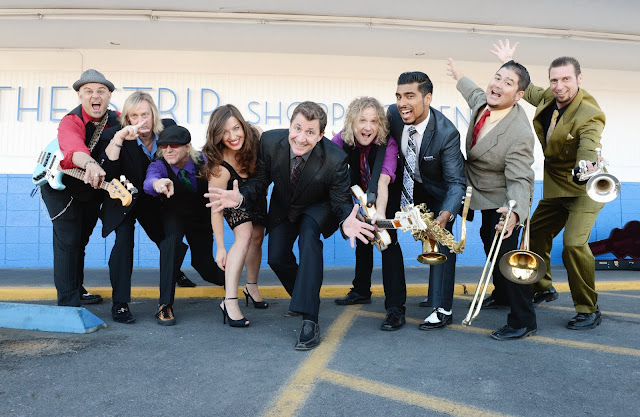 The series begins on Wednesday, July 10, when Louis Prima Jr. and the Witnesses perform. The high-energy, hard-driving band blend their original sound with many classic hits of Louis Prima Sr. including “Jump Jive an’ Wail,” “Just a Gigolo,” “I Wanna Be Like You,” and “Sing Sing Sing.” Introduced to local fans at the 2016 Morristown Jazz & Blues Festival, Louis Prima Jr. has made New Jersey a regular stop from his home base of New Orleans. This concert has been made possible thanks to the support of the Gia Maione Prima Foundation and the law firm of Sherman Wells Sylvester & Stamelman LLP. 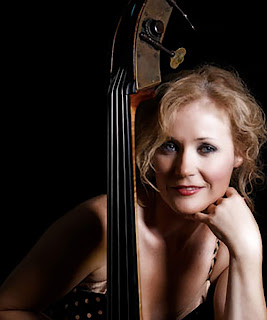 On Wednesday, July 17, bassist and singer Nicki Parrott celebrates the release of her newest CD “Nicki Parrott New York to Paris,” which came out in April and includes many popular songs dedicated to those two great cities. Nicki tours around the world and has appeared at many of the major festivals including the Newport Jazz Festival, the Bern Jazz Festival and the Morristown Jazz & Blues Festival, but she infrequently appears in New Jersey, making this concert special. She will perform with two award-winning musicians, Rossano Sportiello on piano and Harry Allen on sax. 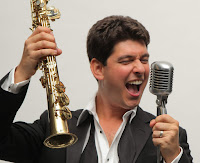 The singer, saxophone player and entertainer Danny Bacher headlines with an all-star band on Thursday, July 25. His engaging stage presence and endless supply of humorous stories coupled with his smooth-as-silk voice have enhanced his well-deserved popularity. The New York Times called him “prodigiously talented” and Marilyn Maye saluted him as “a rare artist” and “a swinging musician.” This month he graced the cover of the international magazine “Cabaret Scenes” and won the prestigious Margaret Whiting Award from the American Songbook Association. He will be joined by trumpeter Charlie Caranicas, saxophonist Harry Allen, pianist Jason Teborek, bassist Dean Johnson, and drummer Alvester Garnett.

The new series concludes with the popular Rio Clemente in a concert entitled “The Bishop and his Abbotts.” Often called The Bishop of Jazz, Rio hails from Morristown and is in the town’s Hall of Fame. Known for his dazzling technique and his ability to blend his classical background with his jazz stylings, he makes each concert a special occasion. For his Dolan Hall appearance on Thursday, August 1, he brings his group including guitarist Flip Peters, bassist Gene Perla, and drummer Bill Goodwin.