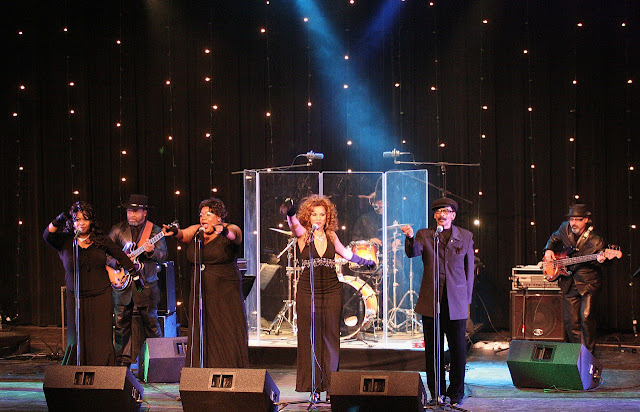 WHEN: Saturday, June 29th at 8 PM
WHERE: Lackland Center at 715 Grand Ave. Hackettstown
TICKETS: $30.00 in advance for all seats, with all proceeds benefiting the Hackettstown Rotary Club. (Note that Ticket prices increase by $5.00 on the day of the performance.)
For more information or to purchase tickets visit centenarystageco.org or call the CSC box office at (908) 979 – 0900.  The box office is located in the Lackland Center at 715 Grand Ave. Hackettstown, NJ.  The Box office is open Monday through Friday from 1 – 5 pm and two hours prior to each performance.

"Motown is America's music," says Dr. K , founding band leader of the Motown Revue.  "Whether you're young or not, this music is always going to be on the radio. It's a huge part of our culture and it'll never die!"

Paul Korman (aka  “Dr. K”) had a visionary quest to create the ultimate Motown tribute band, and he put together his ideal array of seasoned musicians and singers.   The resulting band of professionals takes the audience on a journey of the Motown sound,  keeping the music true to its roots and transporting audiences back to another era with authentic vocal sound of the Motown roster of artists from that time.  The Motown Revue features the music of the Temptations, the Supremes, the Four Tops, Martha and the Vandellas, Marvin Gaye and many more.

“Dr. K” grew up in a musical house, but somewhat different than the music he makes today. His mother was a classical piano teacher, and his brother a classical oboist who has gone on to play with the Portland Symphony.  Dr.K  began performing at 14 with his band called The Fourteens, playing the  1964 World's Fair  “Battle of the Bands”, which assured him he wanted to be a performer.  He went on to love and play Motown, and reached out to musician friends who loved it too, forming the band that plays today.  “The Motown sound has left an indelible stamp on the heart, soul, and mind of several generations of fans worldwide,” says Dr. K.