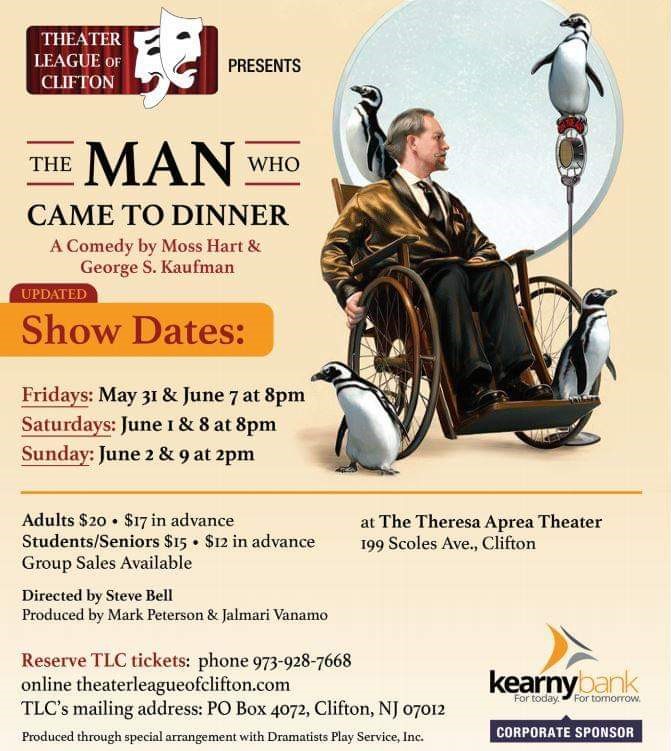 The Man Who Came to Dinner
the classic comedy by Moss Hart and George S. Kaufman

The Man Who Came to Dinner debuted on Broadway in October 1939 and was a 1942 film starring Bette Davis, Ann Sheridan and Monty Woolley. The comedy is set in the 1940s during the Christmas season. Sheridan Whiteside, an opinionated and arrogant radio personality, while on a speaking tour in Ohio, is invited to the home of the prominent Stanley family as a publicity stunt. However, upon his arrival, Whiteside slips at the front door, injures his hip, and a tumultuous six weeks of confinement follows.

The Stanley living room is monopolized by the irascible invalid Whiteside. Ex-convicts are invited to meals and transatlantic calls bring an outrageous phone bill. The arrival of strange gifts from his friends, along with famous guests from Hollywood and a sudden romance further destroys domestic tranquility. The family home harbors penguins in the library and an octopus in the cellar, all of which adds to the chaos. 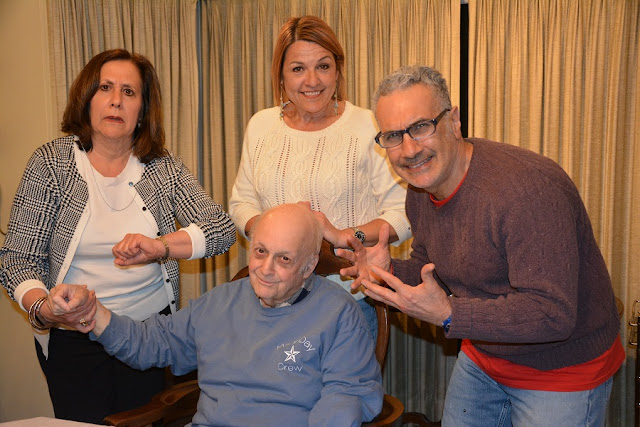 The show is being produced through special arrangement with Dramatists Play Service Inc. Clifton residents Mark Peterson and Jalmari Vanamo are the co-producers, while Steve Bell of Hackensack serves as the director. Bell, a music teacher at Teaneck High School, last year directed the Theater League of Clifton’s production of “The Fantasticks.” Peterson is the president of the Theater League of Clifton, while Vanamo has served as musical director for many Clifton stage productions.