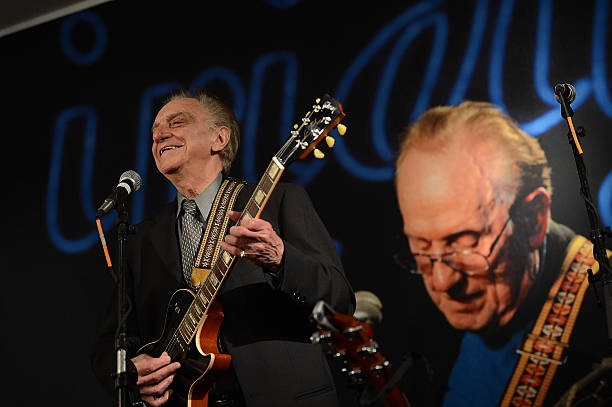 WHEN: Sunday, May 5, 2019, 1:15 p.m. The Museum is open weekends and Wednesdays from 1-4 pm.
WHERE: Mahwah Museum Upper Gallery, 201 Franklin Turnpike, Mahwah
ADMISSION: free with museum admission
Seating is limited; advanced reservations are recommended. To reserve, email gallerytalks@mahwahmuseum.org or call (201) 512-0099

Lou Pallo, Jazz guitarist and member of the Les Paul Trio, will present a gallery talk about his time playing with his good friend Les Paul.

Lou Pallo spent the longest time as a member of the Les Paul Trio. He is an accomplished Jazz guitarist, and  has recorded with and/or shared the stage with Les Paul, Tony Bennett, Keith Richards, Sammy Davis, Jr. Rickie Lee Jones, John “Bucky” Pizzarelli and many others.

He will share his many stories about playing with Les. Starting in the 1960's when Les use to sit in at Molly’s Fish Market in Oakland, to joining the Trio in the 1980's at Fat Tuesdays, to the move to the Iridium in 1995. Lou was a constant until Les' death in August 2009.