JCC Patron of the Arts and The Kaplen Foundation Present: 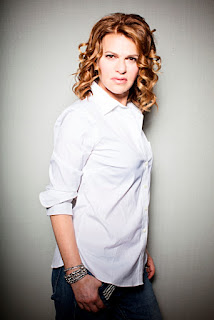 An Evening of Comedy and Conversation with Sandra Bernhard

WHEN: Sun, May 5, 4 pm
WHERE: Kaplen JCC, 411 E. Clinton St., Tenafly
TICKETS: VIP is $180, exclusive for Patron of the Arts subscribers, includes reserved VIP seating and meet and greet dessert reception with photo opportunity. Preferred Admission is $100, priority seating; General Admission is $50, general seating.
To purchase tickets, visit www.jccotp.org/Sandra.
For more information on the event or the Patron of the Arts program, please contact Nina Bachrach at 201.408.1406 or nbachrach@jccotp.org.

Sandra Bernhard—well-known performer, actress, singer and author—will appear at the Kaplen JCC on the Palisades, where the audience will have the chance to see her like they’ve never seen her before for a warm, funny, intimate evening with insight into her career and experiences as a groundbreaking female comedian. The evening will be moderated by nationally-recognized stand-up comic Karen Bergreen, and will conclude with a Q&A. Those who purchase VIP seats will have the opportunity to attend a post-show private dessert reception, including a photo opportunity with Ms. Bernhard.

Ms. Bernhard’s appearance is one in a series of events that will be presented as part of the JCC’s Patron of the Arts program this year, providing subscribers with access to cultural arts at the JCC in new and innovative ways. Programs will include performances, films, art exhibitions, and literary events and subscribers will receive special benefits including concierge service, VIP ticket access, reserved parking and more.

“We are delighted to have a celebrity comedian of Sandra Bernhard’s caliber appearing at the JCC,” says JCC CEO Jordan Shenker. “Our Patron of the Arts initiative is successfully drawing nationally-known celebrities to our stage and allowing us to take our commitment to high-level programming to new heights.”

Bernhard first gained attention in the late 1970s, with stand-up comedy routines that critiqued celebrity culture and political figures, and later became best known for her role as Nancy Barlett Thomas on the hit sitcom Roseanne. Bernhard appeared in a variety of film and television roles, while developing her stand-up comedy routines into more extensive one-woman performance shows, including an Off-Broadway production called Without You I'm Nothing, With You I'm Not Much Better, which was turned into a film and a double album of the same title. She was a frequent guest on David Letterman, appeared in Madonna's film Truth or Dare, and won Best Supporting Actress from the National Society of Film Critics for her role in Martin Scorsese’s King of Comedy starring Robert De Niro. She also performs classic pop music, jazz, and blues tunes and has authored three books, including an autobiography, Confessions of a Pretty Lady. More recently, Bernhard is starring in the Gracie Award winning daily radio show Sandyland on Sirius XM's, Radio Andy, and as Nurse Judy Katz on FX’s Pose. She has also earned the high honor of placing on Comedy Central's list of the 100 greatest stand-ups of all time.

Karen Bergreen has appeared on the Jim Gaffigan Show, The View, Comedy Central, Nick Moms, the Oxygen Network, The TV Guide Network, House Hunters, The Joy Behar Show, and Law & Order. She has also performed at HBO's U.S. Comedy Arts Festival in Aspen Colorado and The Great American Comedy Festival at the Johnny Carson Theatre in Norfolk Nebraska. She has written two comic novels, Following Polly and Perfect is Overrated, and is a frequent contributor to The Huffington Post and More Magazine.