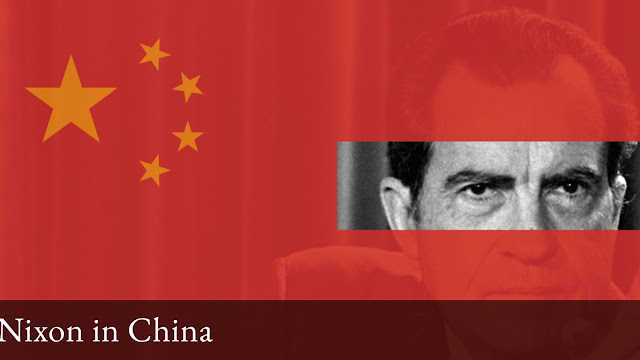 Music that Tells a Story Workshop

Attendees have a choice of three sessions:

The Princeton Festival (www.princetonfestival.org) is now accepting registrations for its popular free “Music that Tells a Story” workshop, which explores this year’s Festival opera presentation, the acclaimed modern work Nixon in China.

The workshop includes a multi-media presentation about the opera by teaching artist Kyle Masson and live singing by two cast members from the Festival production. Participants who pre-register also receive tickets to the June 23 performance of Nixon in China at McCarter Theatre Center in Princeton, including a talk by the set designer and a backstage tour.

The opera tells the story of the first meeting between an American President and the Premier of China in February 1972. The singers portray such historical characters as President Richard Nixon, First Lady Pat Nixon, Chairman Mao, Madame Mao, Premier Chou En-Lai, and US Secretary of State Henry Kissinger.

“Nixon in China uses gripping, marvelous music to dramatize the aspirations and human failings behind a world-changing event,” said Kyle Masson. “We are extremely happy to have singers from the Festival production to preview the music for us.”

Masson stressed that the workshop is geared to the general public with an interest in musical theater, and is suitable for anyone of middle-school age and older.

Visit www.princetonfestival.org for information on the Princeton Festival’s 2019 season, or call the McCarter Theatre Ticket Office at 609-258-2787 to purchase tickets.