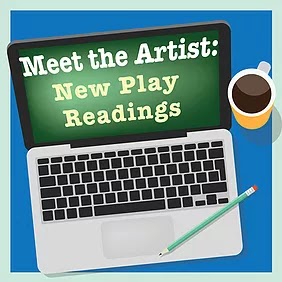 Dreamcatcher’s “Meet the Artist” series is a forum that showcases new theatrical works. The series provides audiences an opportunity to experience new shows and participate in discussions with playwrights, directors and actors. The series’s goal is to expose the adult public to the evolution of a theatrical presentation.

The “Meet the Artist” series has been received with enthusiasm and animated discussion, indicating that there is a large audience for new plays and interactive programs, and we are excited that we can continue offering new works each season.

The Lucky Ones
by Lia Romeo

​Vanessa and Janie are best friends... until a devastating diagnosis forces them to consider what that friendship means and how much it matters. An exploration of aging, mortality, and the value and complexity of female friendship in a patriarchal society. 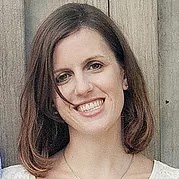 Lia Romeo's plays have been produced at 59E59, Project Y Theatre Company, Unicorn Theatre, HotCity Theatre, Stillwater Theatre, Renegade Theatre Experiment, Forward Flux Productions, New Origins Theatre Company, Jersey City Theater Center, Porch Light Productions, The Skeleton Rep, MCS Theater, and Xpressions Performing Arts Network, as well as multiple high schools and universities, and have been developed at the Lark, San Francisco Playhouse, Abingdon Theatre, and elsewhere. She has been nominated for the ATCA/Steinberg Award for best new play and the NYIT Award for outstanding full-length play, and has been recognized by the O'Neill (finalist), the Heideman Award (finalist), and the Kilroys List (honorable mention). She is a 2018 Individual Artist Fellowship winner in playwriting from the New Jersey State Council for the Arts. She was the National New Play Network Emerging Playwright-in-Residence at Writers Theatre of New Jersey, and she is currently a member of the Project Y Playwrights Group and a company member with InViolet Theater. She is also the associate artistic director at Project Y Theatre Company and the new play coordinator at Jersey City Theater Center. Her plays are published by Playscripts and Smith & Kraus. She earned her B.A. from Princeton University and her M.F.A. in playwriting from Rutgers/MGSA, and she teaches in the graduate creative writing program at Fairleigh Dickinson University.

​Ruth is a 65-year old woman. Rowan is a 23-year-old man. They’re in love. And Ruth’s 43-year-old son is freaking the hell out. A play about human connection, human needs and human contact. 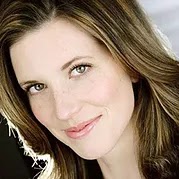 Erin Mallon is a writer, actor and voice artist. Her plays have been presented with Urban Stages, The American National Theatre, Last Frontier Theatre Conference, New Georges, Hudson Valley Shakespeare Festival, Amios Theatre Company, The Collective, Cherry Picking, Mastodon Theater, The Great Plains Theatre Conference, Project Y Theater, InViolet Theater and The Brooklyn Generator. Erin's play Branched directed by Robert Ross Parker and produced by InViolet Theater premiered at HERE Arts Center (February 2014) and is included in Indie Theater Now’s PLAYS AND PLAYWRIGHTS 2015 and published by Original Works Publishing. Her new play, A Mind Out of the Gutter is an Honorable Mention on the 2016 Kilroys List. Other full-length plays include: Skin in the Game (a play with music), Hand Me Down (a commission for Fieldston School), Good Riddance and The Other White Meat. Recent work as an actor includes: Mac Wellman's solo show Horrocks (and Toutatis too) (Sleeping Weazel), Eric John Meyer's The Sister (Dutch Kills) and multiple shows with Buran Theater. Erin is also a devoted volunteer at The 52nd Street Project, the voice of many audiobooks and commercials and co-curator of The Brooklyn Generator 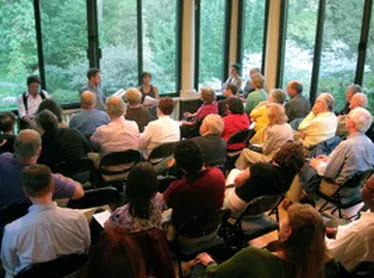 What is a “Reading”?

A reading is a performance of a play that focuses on the words of the script and the interaction of the actors without sets, props and costumes. Readings are a way to present plays in front of live audiences without the expense of a fully staged production. While readings can be of new or existing works, Dreamcatcher chooses to read new plays only. Readings of new shows can help a show’s creative team see what works and what might need a rewrite. When a reading goes particularly well, Dreamcatcher will consider the play for a fully-staged production in an upcoming season.

Just like in a staged performance, Dreamcatcher company members and guest actors will perform all the roles in the play. Typically, the cast will be seated in chairs onstage, and they will read their lines from the script. They might occasionally stand up and move about. There may also be a narrator, who reads aloud stage directions and describes scenery or movement as written in the script. There will be no costumes or sets.

Are readings appropriate for kids?

The themes of most chosen plays are probably “of interest” to those approximately 12 and up.

Overall, play readings are similar to reading non-picture books to your children at home. If your child can focus, listen, pay close attention, and imagine the setting for the play, she or he will probably enjoy the reading. Remember: there are no costumes or sets, and there is no action.

Why would I attend a reading if I can wait for a fully staged production?

Play readings at Dreamcatcher are about discovering new artists and their works, and including yourself in the development cycle of the plays. You will get to witness a work in progress, and afterwards you’ll have the opportunity to ask questions and provide feedback to the creative team. Playwrights often use readings to test new characters and lines in front of live audiences. And if you do come back for a fully staged production, you might notice some of your suggestions incorporated into the final performance.