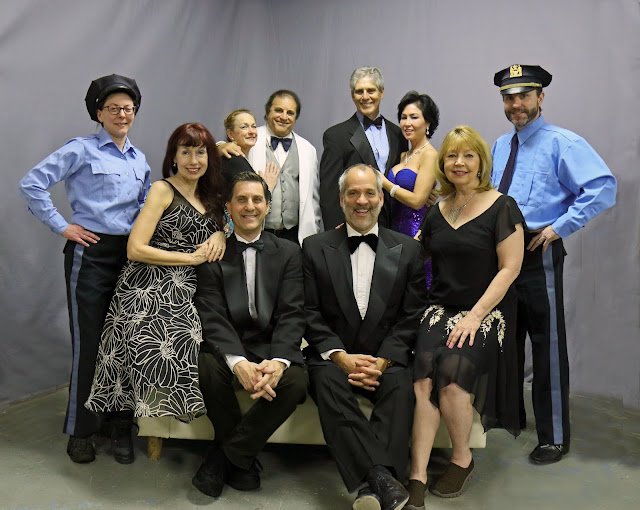 WHEN: through June 2nd; 8 pm on Fridays and Saturdays, and 2 pm on Sundays. There will be no performances on Mother?s Day, May 12th or Memorial Day Weekend, May 24-26.
WHERE: Little Firehouse Theatre, 298 Kinderkamack Road in Oradell. Parking is free at the lot off Park Avenue, one-half block north of the theater.
TICKETS: $21 for Friday/Saturday performances and $17 for Sunday matinees, and can be purchased online at www.bcplayers.org, by calling 201-261-4200 or by visiting the box office at 298 Kinderkamack Road in Oradell during regular box office hours. Visa, Mastercard, and American Express are accepted.
Those interested in Group Sales of 20 or more tickets can email groups@bcplayers.org or call the main number and press #6.
Advance discount tickets for students age 25 and under with proper ID are available for $14 by phone or walk-up only, and student rush seats can be purchased for $5 (cash only) starting 30 minutes before curtain at every performance, pending seat availability. There is a limit of one rush ticket per student.
Row K, Seats #1 and #2 are held to accommodate people with disabilities; they can be purchased by calling the box office at 201-261-4200. These seats will be released for public sale two weeks prior to performance.

Neil Simon, called the “Broadway Master of Comedy” by the New York Times, was both a critically and commercially successful playwright.

In addition to winning the Pulitzer Prize for Drama, Simon was nominated for 17Tony Awards, winning three. Simon wrote numerous screenplays as well as more than 30 Broadway plays; among his most famous are Barefoot in the Park and The Odd Couple.

In Rumors, Simon returns to laugh-out-loud comedy. This 1988 farce finds us at a dinner party in which the first guests discover the hostess missing and the host upstairs with a superficial gunshot wound. To prevent a scandal, the first couple hides this situation from the second, and they hide it from the third, all the way down the line. It is filled with half-prepared meals, car accidents, marital affairs, slapstick pratfalls, back spasms, mistaken identities and illogical alibis; and ? that?s just Act One! These hilarious rumor-based circumstances provide an evening, according to the News Tribune, that is "loud, raucous, fast-paced, witty and pretty much over the top from curtain to curtain?.

BCP Life Member Peter Colletto directs the show. He has directed and acted in numerous productions since joining BCP, with his directorial credits including It’s Only a Play, and dramas such as Speed the Plow and To Kill a Mockingbird.