Nat King Cole (1919-1965) was one of the most influential jazz artists of his time. He faced a lot of racial prejudice, but pushed those boundaries to become one of the most successful artists of his time. He was one of the first African Americans to host his own radio show. His 1946 broadcast King Cole Trio Time was the first radio program to be sponsored by a black musician. Cole also went on to host the Nat King Cole Show, being the first African American to host a television series.

Jazz Appreciation Month (fondly known as "JAM") was created at the Smithsonian in 2001 to recognize and celebrate the extraordinary heritage and history of jazz for the entire month of April.

Part of NBJP's mission is to showcase the next generation of jazz musicians ... the future "greats!" This is a chance to see them NOW! 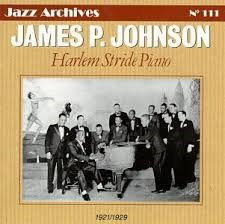 NBJP celebrates the 125th Birthday of New Brunswick's own