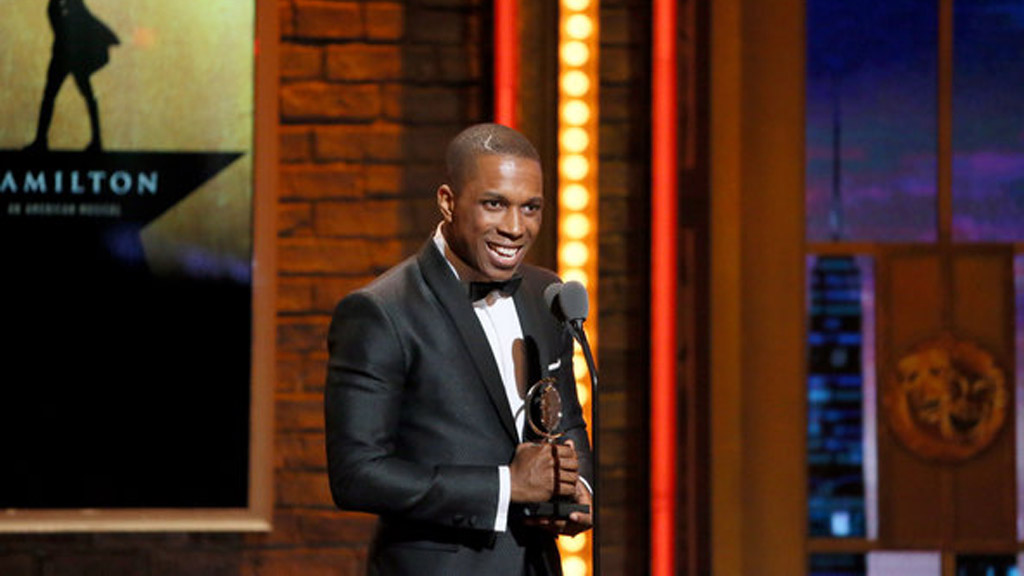 Tony and Grammy Award- winning performer, Leslie Odom Jr., has taken the entertainment world by storm across a variety of media—spanning Broadway, television, film and music.

Best known for his breakout role as ‘Aaron Burr’ in the smash hit Broadway musical, Hamilton, Odom Jr. received a 2015 Drama Desk Award nomination and won the Tony Award for “Best Actor in a Musical” for his performance. He also won a Grammy Award as a principal soloist on the original cast recording.

Join us for McCarter’s most exciting night of the season! Enjoy an amazing performance by Tony and Grammy Award-winner Leslie Odom, Jr. (Broadway’s Hamilton) as we celebrate McCarter’s work in the community—work that happens thanks to your support!