WHEN: Wednesday evenings, April 10, 17th and 24th at 7:30 PM.
WHERE: Lackland Center, 715 Grand Ave., Hackettstown
TICKETS: Admission to the WPS is by donation and reservations are suggested, as seating is often limited.
For information and reservations, call the CSC box office at 908 979 0900, or log on to www.centenarystageco.org.

The popular Women Playwright Series (WPS) is back at Centenary Stage, with three exciting new plays by playwrights Jacqueline Goldfinger of Philadelphia, Ruth Kirschner of San Francisco and Alyssa Haddad of Brooklyn.

Babel
by Jacqueline Goldfinger
WHEN: Wednesday, Apr. 10, at 7:30 PM

Prospective parents in a compelling version of a near-future society learn within the first weeks of conception which traits their child will have and what behaviors it is likely to exhibit. Based on these test results, they are either issued a PRE certification which legally guarantees the baby will be a "good" person or not. Without the certification, the child will be limited in what it is allowed to do. Two couples, both early in their pregnancies, collide over what to do with their PRE certification test results. With rapid advances in reproductive technology, modern eugenics is science’s Wild West. The play asks, “What will we do to ‘civilize’ it and ourselves? How far will we go when playing God?”  And in a delightful twist, a talking stork confronts some existential questions. 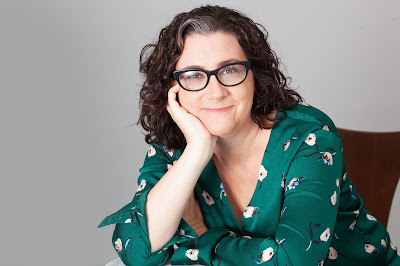 Playwright Jacqueline Goldfinger co-Founded The Foundry @ PlayPenn and Curates Page By Page. She is an Affiliated Artist at New Georges and The Lark. She is a member of the writers’ labs at The Barrow Group and Azuka Theatre. She won the Yale Drama Prize, the Smith Prize, the Generations Award, the Brown Martin Award, the Barrymore Award, and the Philadelphia Critics Award. She was a Finalist at the 2018 International Book Awards. Her plays have been developed and/or produced by theaters including: The National Theatre/London, Wilma Theatre, The Kennedy Center, La MaMa, Disquiet/Lisbon, Florida Studio Theatre, Orlando Shakespeare, Kansas City Rep, Perseverance Theatre, Capital Stage Company, The Seattle Public, Manhattan Theatre Works, and the NYC International Fringe Festival. She is a member of the Dramatists Guild and represented by Abrams Artists Agency. For more information: www.jacquelinegoldfinger.com.  She is the author of The Arsonists, which received a Rolling World Premiere sponsored by the National New Play Network, and was hailed as extraordinary, beautifully poetic and epic in scale.

Led by Catherine Rust, the CSC Women Playwrights Series celebrates its 28th year in 2019, having featured the work of more than 78 emerging playwrights in the developmental WPS process, and having taken 18 plays to full production from the series, including  Hitler’s Tasters by Michelle Kholos Brooks, which transitioned to New York in the fall of 2018, and is on its way to the Edinburgh Fringe Festival this summer, The English Bride by Lucile Lichtblau, which later transferred from CSC to a sold-out run at 59E59 Theatres in New York City, and The Unfortunates by Aoise Stratford, which was later featured in the NY Fringe Festival.

The WPS program offers playwrights the opportunity to work with professional actors and directors in a workshop rehearsal process, and to hear their work in front of a live audience – a critical part of the development process. Lively talk-backs with the playwright and cast follow each presentation, and one play is selected each year as the winner of the Susan Glaspell Award, which promises a full production in the main-stage season at CSC and a monetary award for the playwright.

The WPS receives support from the Geraldine R. Dodge Foundation, The Shubert Foundation, the NJ State Council on the Arts, The Blanche and Irving Laurie Foundation, Zonta Club of Morristown, and season sponsor Heath Village. Additional support comes from a Grand Producer grant from the House of the Good Shepard.

On April 17,  Whippoorwill by Ruth Kirschner: Nine-year-old Bibi and her mother have made a good life together, but Bibi is determined to get to the bottom of what really happened with her father, about whom her mother tells a different story each time she asks.

On April 24, Across the Aisle by Alyssa Haddad: A young interracial couple hosts their traditional families for Thanksgiving and drops the bomb that they are engaged, igniting the challenging and often hilarious question of how one creates a future with someone from an entirely different past?