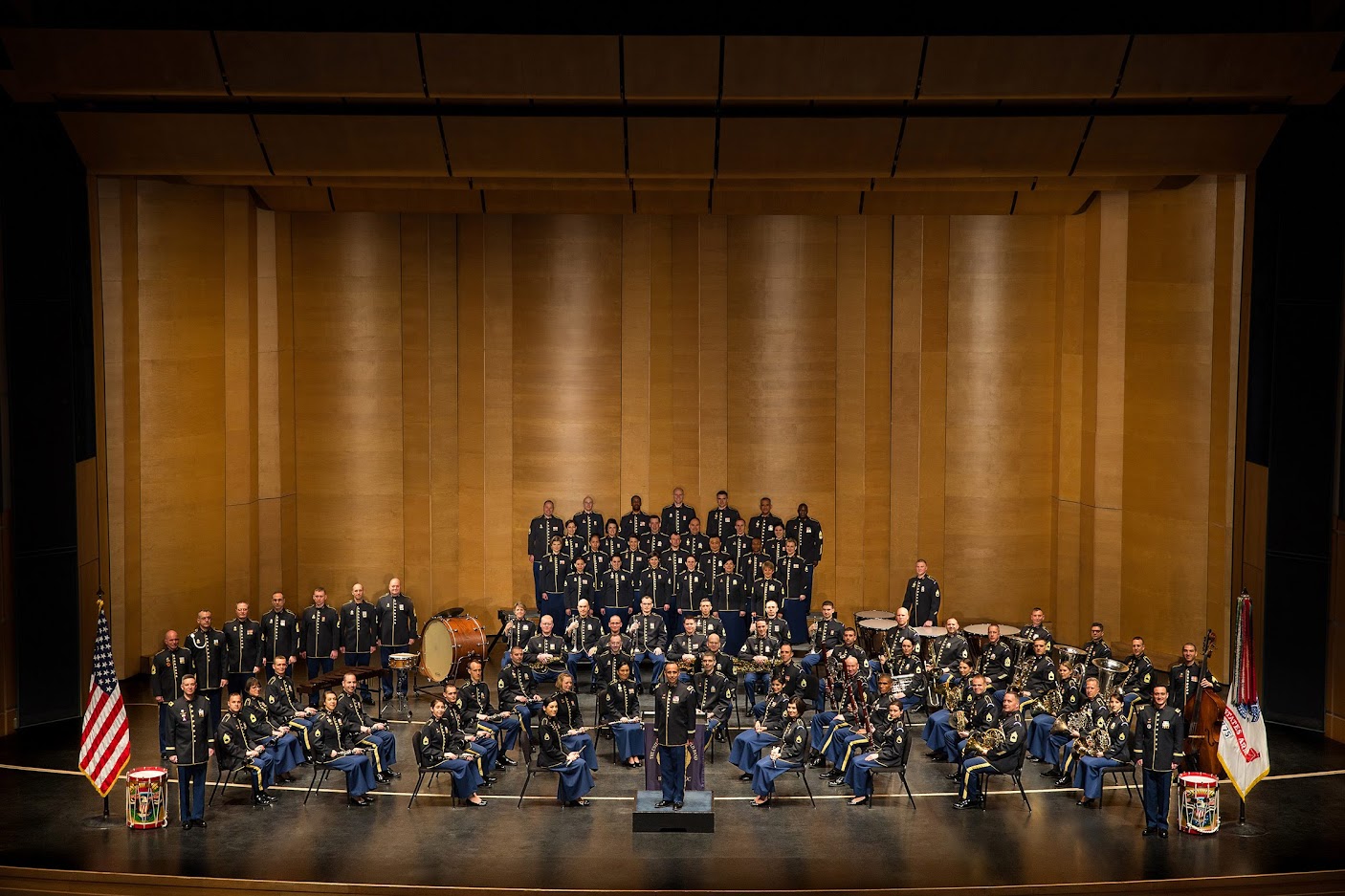 The Concert Band & Soldiers’ Chorus are the oldest and largest of The U.S. Army Field Band’s performing components. Founded in 1946 and 1957 respectively, these two ensembles combine to present joint concerts on their national tours. They have performed in all 50 states and 30 foreign countries for audiences totaling hundreds of millions. The 60-member Concert Band and 29-member Soldiers’ Chorus perform regularly in some of the most famous concert halls in the world, and just as often in the humblest auditoriums in the smallest of communities.

The band and chorus also perform independently, and have recently shared the stage with such ensembles as the Boston Pops, the Cincinnati Pops, the Detroit Symphony Orchestra, and the National Symphony Orchestra. In addition to their national tours, formal concerts, chamber recitals, and educational outreach, members of the Concert Band & Soldiers’ Chorus frequently represent the Army at formal and ceremonial functions, including the Presidential Inaugural Parade, presidential funerals, the Army All-American Bowl, and diplomatic efforts overseas.

The musical backgrounds of the Soldiers’ Chorus personnel range from opera, musical theater,

gospel, and rock music to music education and vocal coaching, providing the ensemble with unique programming flexibility. In addition to choral repertoire, Soldiers’ Chorus performances often include Broadway, opera, popular music, jazz, Americana, and more. This versatility contributes to the Soldiers' Chorus nationwide reputation for musical excellence and inspiring patriotism. The ensemble is a mainstay of PBS’s annual National Memorial Day Concert and has performed for the state funerals of Presidents Ronald Reagan and Gerald Ford.

COL Keene led The U.S. Army Chorus in performances at the interments of former Presidents Ronald Reagan in Simi Valley, California, and Gerald R. Ford in Grand Rapids, Michigan. He has performed for seven U.S. presidents, at the 1996 Summer Olympic and Para-Olympic Games in Atlanta, the dedication of the National WWII Memorial, the one-year anniversary of 9/11 at the Pentagon, the Kennedy Center Honors, and the Military District of Washington’s production, “Spirit of America.” He has worked with the Cincinnati Pops Orchestra and Chorus and the National Symphony Orchestra, and has conducted the Dallas Wind Symphony, the Boston Pops Orchestra, and the New York Philharmonic.

Prior to joining the Army, COL Keene served as Assistant Conductor of the Southern Methodist University (SMU) Symphony, Orchestra Conductor at the SMU International Conservatory Summer Festival in Taos, and Music Director of the Albuquerque Civic Light Opera. He holds a Master of Music degree in Orchestral Conducting from the Meadows School of the Arts at Southern Methodist University and a Bachelor of Music degree in Piano Performance from the University of New Mexico. He is a violinist, fiddler, pianist, accompanist, and songwriter, and is a native of Albuquerque, New Mexico.

LTC Robinson’s ensembles have performed for significant events throughout the United States and Asia, serving as a key communications tool for the Senior Mission Commander while providing music in support of our Allied Partners. During his four years in Washington, LTC Robinson’s ensembles participated in such events as the 44th Presidential Inauguration, the dedication of the National World War II Memorial, the State Funerals of President Ronald Reagan and President Gerald Ford, the nationally televised “Christmas in Washington,” the Kennedy Center Honors, and “A Capital Fourth,” as well as performances with the National Symphony Orchestra, Baltimore Symphony Orchestra, and Akron Symphony Orchestra. He holds a Bachelor of Science in Music Education from Hartwick College and a Master of Music in Conducting from the New England Conservatory of Music, where he was a student of Frank Battisti. LTC Robinson is a member of Phi Mu Alpha Sinfonia, the World Association of Symphonic Bands and Ensembles, and the Adjutant General Corps Regimental Association.