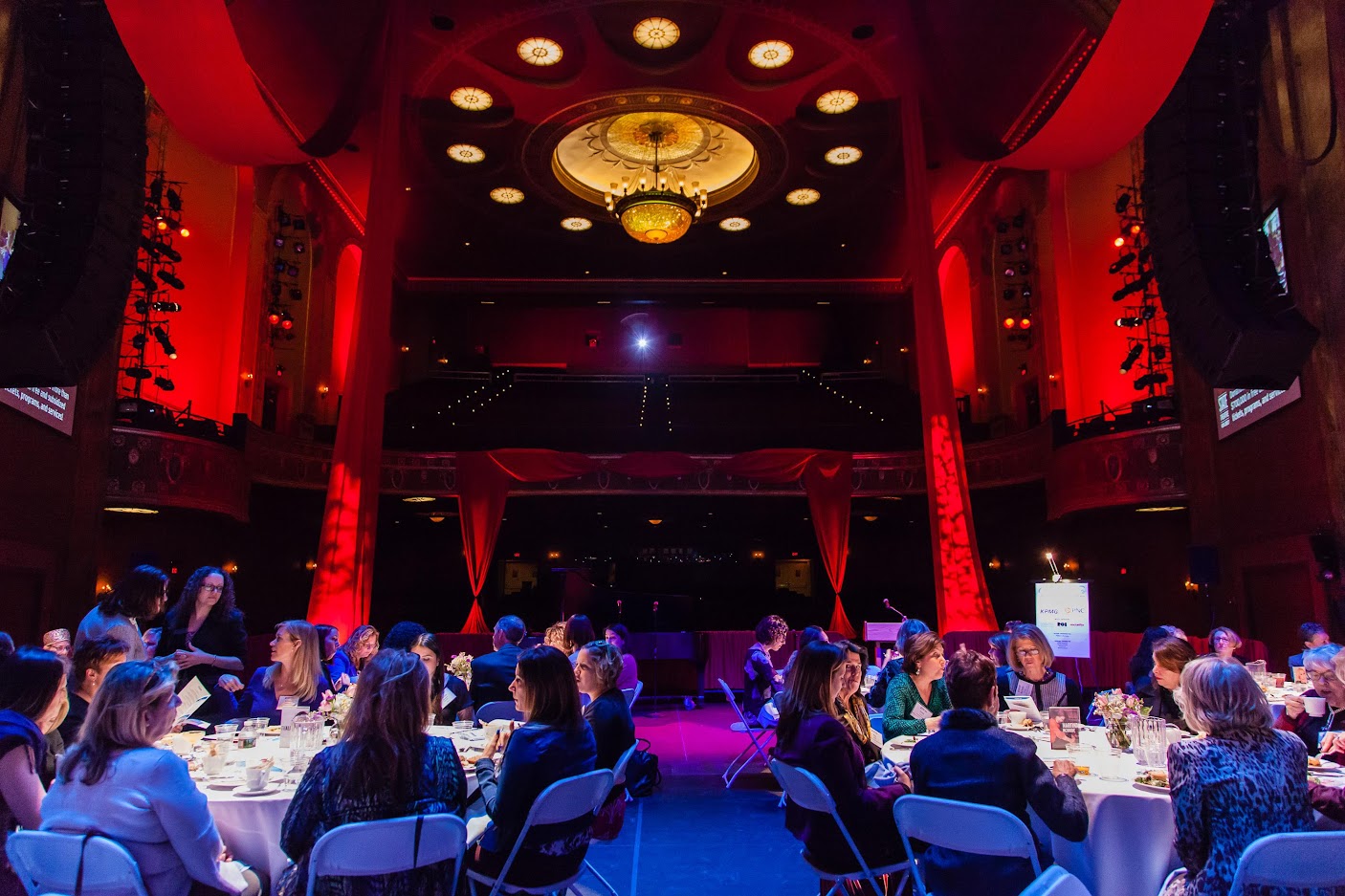 The event, which is a celebration for Women’s History Month, includes a networking hour and special program on the stage of the historic venue.

A 501(c)(3) non-profit organization, State Theatre New Jersey is committed to giving back to the community, providing more than $600,000 worth of free and heavily-subsidized admissions for mainstage and educational programs annually. Some 60,000 underserved individuals statewide benefit—including students from low-income schools, veterans, children on the autism spectrum, seniors, charities, and local families. KPMG is the lead sponsor of the Women's Tea, which will provide crucial support for all of these arts access initiatives at State Theatre New Jersey.

The Women’s Tea is a major component of State Theatre New Jersey’s year-round efforts to support women’s leadership and welcome professional women and community leaders to connect with each other through the performing arts—over special events, panel discussions, networking gatherings, and world-class performances. To learn more please contact Linsey Short at lshort@stnj.org.

About the Women’s Tea Luncheon Program

Featuring special guests pianist Min Kwon (Professor of Piano at Rutgers University Mason Gross School of the Arts and Founder of The Center for Musical Excellence), CME Young Artist and pianist Enriqueta Somarriba, and a conversation with State Theatre’s President & CEO Sarah K. Chaplin, Beyond the Stage: Bringing the Arts to the Community—the Women’s Tea Luncheon program will recognize the valuable contribution artists and attendees have had on the community, through their dedication to dozens of charities, public service, their families, and their commitment to excellence.

A Steinway Artist, Min Kwon is a soloist, chamber musician, and teacher. Her professional engagements have taken her to 62 countries and to all 50 states in the U.S. She has performed in venues such as Carnegie Hall, Avery Fisher Hall and Alice Tully Hall at Lincoln Center, the United Nations in New York, Orchestra Hall in Chicago, the Academy of Music in Philadelphia, Seoul Arts Center in Korea, Borse Saal in Vienna, and Klementinum in Prague. She received her B.M. at Curtis Institute of Music and her M.M. and D.M.A. at the Juilliard School.

Performance highlights include critically acclaimed, sold-out recitals at Carnegie's Weill Recital Hall and at London and Sydney's Steinway Hall, Singapore's National University; as well as appearances in Australia, Curacao, Czech Republic, Estonia, Italy, Malaysia, and Norway. Kwon has given over 200 recitals, workshops, and master classes throughout the United States under the auspices of CAMI Community Concerts. She has recorded for BMG/RCA Red Seal and MSR Classics. She is regularly invited to teach by major institutions and festivals around the world, among them the Royal College of Music in London; the Shanghai Conservatory and the Beijing Central Conservatory in China; the Yong Siew Toh Conservatory in Singapore; the Academy of Fine Arts and National University in Hong Kong; and Vladmir Feltsman's Summerfest in New Paltz, New York. The grand prize winner of Korea’s KBS Emerging Artists Award in 1995, Kwon was also the recipient of The Juilliard School’s Gina Bachauer International Piano Awards, the school’s highest award given to a pianist.