Almost 240 years ago, the Framing Fathers enshrined the separation between church and state (i.e., religion and government) in the First Amendment of the United States Constitution. More recently, however, that line appears to have been blurred, with candidates having to avow their faith in God (or in Evangelical terms, Jesus) and inserting religious references into campaign speeches in order to be elected—or re-elected. Any failure to do so could result in the candidate’s exile to political wilderness. This tension is the core of Jason Odell Williams’ fast-paced Church & State, now onstage at Alliance Repertory Theatre in Summit. 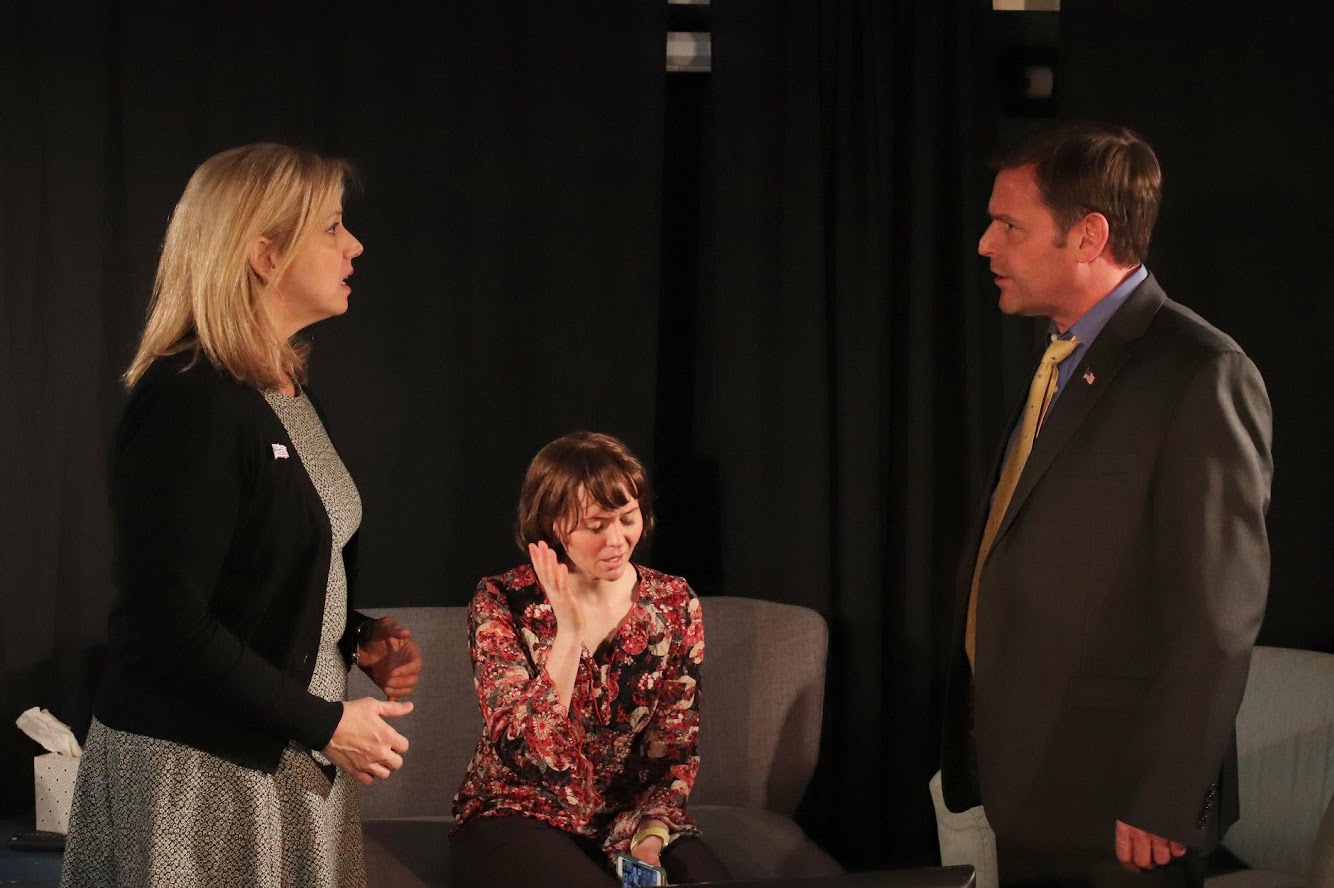 This political dramedy revolves around Republican Sen. Charles “Charlie” Whitmore, seeking re-election in North Carolina, one of the “most Christian, most Conservative, most gun-loving states in the nation.” Three days into his campaign for re-election, following a school shooting in in his hometown of Raleigh, North Carolina, Sen. Whitmore revealed to an independent blogger that he, a “compassionate conservative with good Christian values,” might no longer believe in God—at least not in a deity that would let such a massacre occur. Viewing the site of the shooting has shaken his belief in “God, guns and prayer,” a stance that has won him the full-throated support of Evangelical Christians and the National Rifle Association. Now, he wants to speak to his supporters at the rally “from the heart,” with no thought of limiting the political damage hysterically predicted by his campaign manager and wife. Such an utterance could cause massive damage to his campaign—and possible presidential prospects. The fall-out from his decision affects the rest of the play, the outcome of the election and subsequent events (no spoilers). (Above L-R: Leslie Gayle Williams as Sara Whitmore, Candy Fox as Alex Klein, Brett LaRose as Charlie Whitmore) 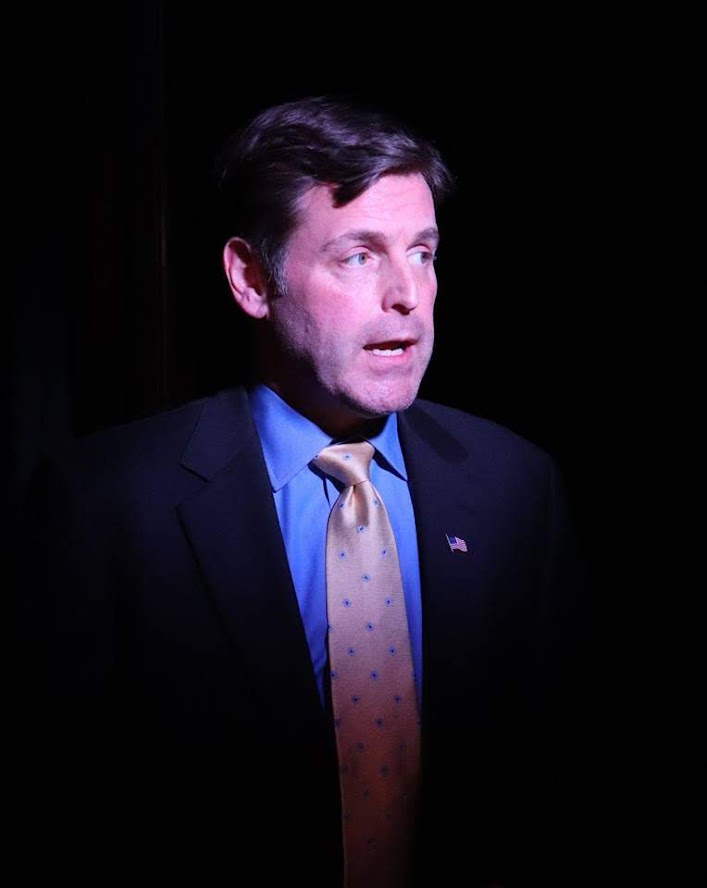 While Gordon Wiener tautly directs this 70-minute play, the performance always felt, to me, like a play, with actors reciting Williams’ dialogue, often unconvincingly. Brett LaRose(left) looks the part of Sen. Charlie Whitmore, clean-cut, but I never felt his religious doubt was genuine. He needs to express his character’s uncertainty with more gravitas. Leslie Gayle Williams’ portrayal of Sara Whitmore feels hurried; her recital of Christian platitudes (The Book of Job, I Corinthians) is both funny and scary, all the more because they appear to be by rote. While Williams had a tendency to rush her lines (causing several dialogue flubs), thus undercutting her character’s humanity, she conveys a deft comedic touch with Sara’s technological cluelessness. As for Candy Fox as Alex Klein, Whitmore’s Northern Jewish campaign manager, I never believed for one minute that she was capable of handling a senatorial campaign: She was too young, too hysterical, spoke too quickly and was generally unconvincing. Her attire was too juvenile and casual for someone in such an important position. Kyle Walton (below, right, with LaRose) in a variety of minor roles did as well as can be expected with the lines he was given.

Gordon Wiener’s sound design lent an aura of authenticity to the proceedings.

Written in response to the Sandy Hook CT elementary school massacre, Church & State is even more relevant today; in fact, the script has been updated to include Orlando, Las Vegas and the Tree of Life synagogue, among other later mass murders. The question of separating religion and politics/government deserves a more polished production, one I have come to expect from Alliance Rep. Perhaps as the run continues, the cast will gain more confidence in their delivery and communicate their characters’ essence more clearly. Then, the production will be a worthy memorial to the troupe’s late Artistic Director, Michael Driscoll, who passed away unexpectedly in late January. I have followed Alliance Rep since 1998; I have no doubt that they will continue to produce great theater on a shoestring.

Church & State will be performed at Mondo (lower level), 426 Springfield Ave., in Summit, through March 23. For information and tickets, visit www.alliancerep.org online.