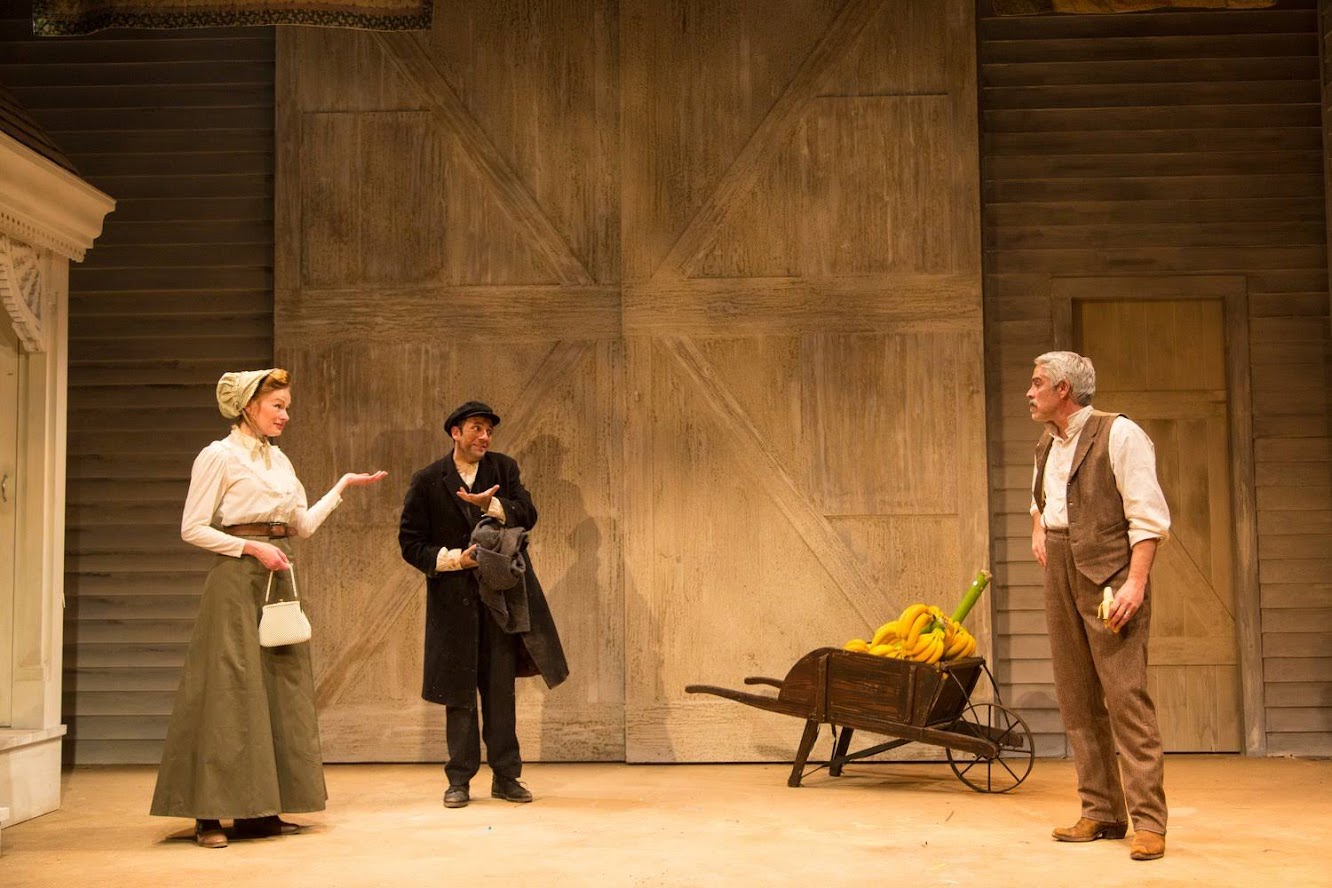 WHEN: March 12 – April 7
WHERE: 103 College Farm Road (off Rte. 1 South), New Brunswick
TICKETS: Regular tickets begin as low as $25. Audiences are encouraged to buy now to secure their seats.
To find tickets or for more information, visit the George Street Playhouse website at www.GeorgeStreetPlayhouse.org, or call the box office at 732-246-7717.

The Immigrant—a heartwarming story inspired by the real experiences of a Russian-Jewish emigrant to the United States—will open at George Street Playhouse in New Brunswick, NJ.

Written by Mark Harelik, The Immigrant, based on the life of his Russian-Jewish grandfather, tells the story Haskell Harelik, who arrives at the port of Galveston, Texas in 1909 seeking refuge from his homeland. With only his banana cart in tow, Haskell finds compassion and friendship from an unlikely couple, falls in love, and creates a life for his family in pursuit of the American dream.

“This is truly a beautiful play,” George Street Playhouse’s Artistic Director David Saint said. “This timeless story, in which so many of our audiences may find reflections of their own family histories, remains relevant even today.”

“I’m excited and honored to work on this play,” Director Jim Jack said. “My wife’s  family are Russian Jews who left their country at the turn of the 20th century, and my own family is from East Texas. I immediately responded to Mark Harelik’s passionate, moving story of his grandfather.”

Set against the backdrop of rural Texas, The Immigrant sheds light on a lesser known point-of-entry to the United States, utilized by a myriad of new arrivals throughout the early 1900s.

“About 500,000 Jews came into the country at that time” Jack explained. “And as we moved closer to World War II, immigration became significantly more restricted.”

But despite this historical setting, Jack remains confident this piece will resonate with modern audiences.

“This play is exceptionally timely.  The questions it raises are ones we continue to wrestle with today,” he said. “What are the values of this country, and who do they belong to?  What role do immigrants have in creating and shaping the fabric of this country?”

“This play is the true story of Haskell Harelik, a Jewish immigrant fleeing persecution in Russia, and how he builds a new life for his family in America,” he continued. “It looks at the difficult work of assimilation and is a funny, moving portrait of relationships between people radically different from each other and how compassion transforms them.”

Mark Harelik (Playwright) is a writer and actor, a native Texan who grew up in the only Jewish family in the small town of Hamilton in central Texas, where his two biographical plays, The Immigrant and The Legacy, take place. In 1991, his play The Immigrant, a telling of his Jewish grandparents’ immigration to rural Texas and their first 30 years of life there, was the most widely produced play in the country. In the immediately preceding and following years, it was among the most widely produced. It has been seen at nearly every major regional theater in the country, among them, The Mark Taper Forum in Los Angeles, The Westwood Playhouse in Los Angeles, Theater Forty in Los Angeles, A.C.T. in San Francisco, The Denver Center Theater Co., The Alley Theater in Houston, and hundreds more theaters in cities and towns large and small. The Legacy, an autobiographical sequel to The Immigrant, has been produced in Miami, Seattle, San Diego, and by The Globe Theaters in San Diego.

Jim Jack (Director) returns to directing for GSP’s mainstage following the critically acclaimed productions of My Name is Asher Lev in spring 2016 and Trying in 2018. Directing credits for GSP’s Educational Tour and Community-based programs include: Terra Incognita; Our Town Now; Gabi Goes Green!; Austin the Unstoppable; IRL: in real life; New Kid; Peacemaker; and Break the Chains. Additional New York and regional credits include: The Road; Where is Home?; The Way It Was; K2 (Drama Logue Award for Outstanding Direction); Life and Limb; The Dumb Waiter; and The Zoo Story. Jim is the Director of Education and Outreach for the George Street Playhouse.