The Central Jersey Symphony Orchestra (CJSO) will continue its 2018-2019 season. The concert will include Handel’s Royal Fireworks Music and Beethoven’s Symphony No. 3, Eroica. CJSO music director Michael Avagliano will conduct.

“I am very excited to continue the 49th season of the Central Jersey Symphony Orchestra,” Mr. Avagliano said. “We aim to present excellent concerts for both loyal and new listeners, and will continue our tradition of bringing timeless symphonic music performed at the highest level to the people of central New Jersey and beyond.” 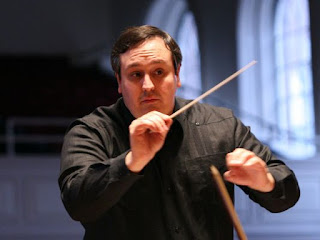 Michael Avagliano has served as music director of the Central Jersey Symphony Orchestra since 2008, and was recently appointed music director of the Summit Symphony. He joined the faculty of Drew University as director of the chamber orchestra in 2015. Mr. Avagliano is increasingly in demand as a guest conductor, making his European debut with the Pleven Philharmonic in Bulgaria. Recent and upcoming appearances include the Newburgh, University of Oregon, Summit, Plainfield, and Northern Dutchess symphony orchestras. Mr. Avagliano also served as a conducting fellow for the Allentown (Pa.) Symphony. Under his leadership, the CJSO has drawn acclaim from both audiences and critics. In the 2014 season, Mr. Avagliano conducted the orchestra’s first opera performances, collaborating with the Light Opera of New Jersey for a fully-staged production of Mozart’s Die Zauberflöte. Previously, the orchestra was a runner-up for The American Prize, awarded each year for excellence in orchestral performance. Also an active violinist and violist, Mr. Avagliano has performed with the New Jersey and Singapore symphonies, as well as the Indianapolis Chamber Orchestra. As a member of the Madison String Quartet, he has performed on chamber music series throughout the United States, with recent appearances in Alaska, New York, and Pennsylvania. For more information, please visit www.michaelavagliano.com.

About the Central Jersey Symphony Orchestra

Founded in 1970 as the Somerset County College Orchestra, the orchestra changed its name to the Central Jersey Symphony Orchestra in 1985. For 16 seasons, the orchestra presented six to eight concerts, performing the standard orchestral repertoire. At its Gala 10th anniversary concert under the new name, the orchestra completed a cycle of the Beethoven symphonies with a sold-out performance of the Ninth. In the following year, it presented an acclaimed concert of “Music of the Holocaust at Terezin.” In 1998, the orchestra began a cultural exchange with Lithuania, presenting Lithuanian guest artists making their U.S. debuts. Committed to presenting the works of New Jersey composers, the orchestra has presented world premieres by Mario Lombardo, John Sichel, David Rimelis and David Sampson.