Strollers’ 2018–2019 Season Continues With New Family Favorite, “The Day the Rainbow Broke Up” 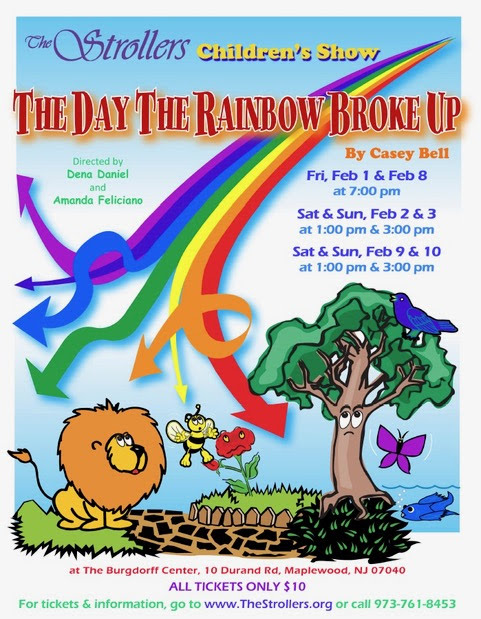 The Day the Rainbow Broke Up

First produced as a world premiere by the Strollers in 2017, the show was an instant crowd pleaser; soon after its initial run, plans were already underway for an encore production. The story poses the question of what might happen if all the colors of the rainbow decided to strike out on their own. As each single-color rainbow encounters a colorful creature from nature, it learns about cooperation, friendship, and the beautiful power of diversity. All ends well as the rainbow is once again united and brilliantly arched across the sky.