NEW STORIES for a NEW YEAR! “This Really Happened Storytelling” 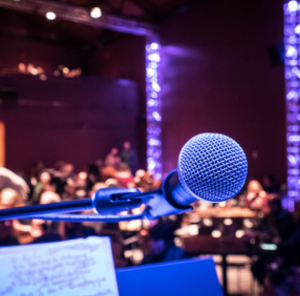 Join us for an evening featuring some of the most hilarious and moving storytellers on stage.

With a rotating cast of storytellers, the show is always fresh. Audience members can also claim a spot in the show and share a "two-minute tale" at the open-mic at the end of each show, for up to six audience members.

Hosted by Joey Novick, each show will be one hour long with no intermission, followed by the open mic segment of “two-minute tales." Each show will feature outstanding storytellers whose credits include The Moth, NPR, This American Life, and NYC's top storytelling shows.

The cast for January includes:

Andrew McGill is a Brooklyn native comic and storyteller. Andrew began his comedy career in his junior year of high school and has never looked back: currently, he's making a name for himself in the New York comedy circuit while also graduating from Hunter College. By night, you can catch him hosting the Moth or performing at different venues throughout New York City - but during the day, he is a New York City Public School Special Educator teaching English at a high school in Harlem.

Award-winning storyteller Robin Bady has a deep love of language and a facility for it that shows in everything she does. Storyteller, actress, teacher, director, writer, director of two youth theaters, Robin performs and teaches throughout the United States, China and Europe at festivals, theaters, schools, universities, libraries, museums, after-schools, cafes, bars, parks, etc.

Her repertoire is wide-ranging, from folklore to fairy tales, true ghost stories to historic tales, literature to science, Jewish tales to world tales – and everything in between. Her favorite stories are the ones she is telling, or the ones she is listening to. She collaborates with cartoonists and musicians. Her recent CD, “Some Folk Stories and a Couple of Rootabagas”, was made with the RagTag Band – instrument builder Skip LaPlante and violinist Concetta Abbate.

Robin has written, produced and toured in three long shows: “Nancy Drewinsky, or, The Search for the Missing Letter”, “Every Day is Basil Houpis Day”, and “My Mother, and Other Commentators.”

Robin is published in Storytelling Across the Curriculum and Storytelling Magazine. Currently, she is a co-founder of The National G.H.O.S.T. Project, which teaches young people to research, write and perform ghost stories. Robin hosts the BADYHouse Storytelling Concerts in Brooklyn and curates the annual Governor’s Island Storytelling Festival in New York Harbor.

New to the New York scene this past year, Ian Steffe has been a comedian and storyteller for over 12 years. Performing all over New England and the Southwestern United States and twice appearing on the hit podcast Risk! hosted by Kevin Allison, he has opened for such acts as Pete Holmes, Gary Gulman, Mink Stole, and Doug Stanhope. His lyrical conversational style lends well to the bizarre events he describes from memory ranging from his childhood being raised by a paranormal investigator father, to his stories of hitting rock bottom and acting in a Wild West show in Tombstone, Arizona.

Kathryn Weidner has been telling tales all her life. Recently Kathryn has performed at The Moth in LA and NYC . She didn't win, but did fair to middlin' and wants to keep at. She is the chief of the premier crew at the New Jersey Storytelling Network and has organized the New Jersey Storytelling Festival for twenty plus years. Joining the profession of Storytellers has been an opportunity to read and retell great tales with a little embellishment of props and audience participation. Storytelling has been a profession for 20 years with help from two
growing sons and many thanks to our New Jersey's great libraries and librarians.