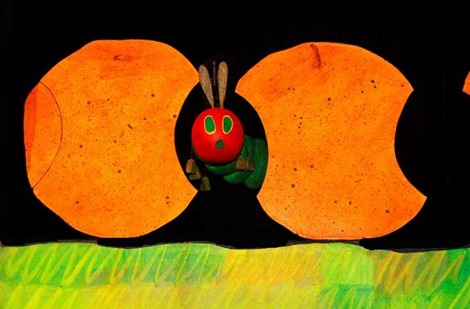 This triple bill of Eric Carle favorites includes The Very Hungry Caterpillar’s metamorphosis into a beautiful butterfly, the fanciful account of Little Cloud’s travels, and the Mixed-Up Chameleon’s discovery of his own unique nature. A Black Light Production (with puppetry and original music) from the Mermaid Theatre of Nova Scotia, designed for children ages 3 to 7.
Click through for a video preview here. 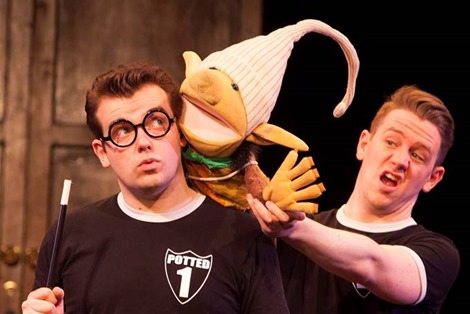 Bring your wands, Potter fans. This parody takes on the ultimate challenge of condensing (or “potting”) all seven Harry Potter books, and a real-life game of Quidditch involving the audience, into 70 hilarious minutes with songs, ridiculous props, and a generous helping of Hogwarts magic. And even if you don’t know the difference between a horcrux and a Hufflepuff, Potted Potter is perfect for ages 8 to Dumbledore (who is very old indeed).
Click through for a video preview here.

About McCarter Theatre Center
McCarter Theatre Center’s mission is to create world-class theater and present the finest performing artists for the engagement, education, and entertainment to the community. Under the artistic leadership of award-winning playwright and director Emily Mann and Managing Director Michael S. Rosenberg, McCarter produces a vibrant six-play Theater Series each season. Winner of the 1994 Tony Award®
for Outstanding Regional Theatre, world premieres include Christopher Durang’s Vanya and Sonia and Masha and Spike (2013 Tony® - Best Play); Tarell Alvin McCraney’s The Brother/Sister Plays; Emily Mann’s Having Our Say; and Danai Gurira’s The Convert. Other works which later moved to Broadway include Brian Friel’s Translations, Nilo Cruz’s Anna in the Tropics (Pulitzer Prize), and Frank McGuinness’ translation of Electra. Through the leadership of Special Programming Director William W. Lockwood, McCarter brings the best artists from around the world to Princeton, New Jersey, including upcoming visits from Dianne Reeves, Esperanza Spalding, Andy Borowitz, and many more. Education and outreach
efforts serve tens of thousands through student matinees, in-school residencies, and adult education classes. McCarter is supported by contributions from Princeton University, the New Jersey State Council on the Arts, corporations, foundations, and from over 2,000 individuals. More at mccarter.org.

The 2018-2019 Signature Series at McCarter is sponsored by Bloomberg Philanthropies.