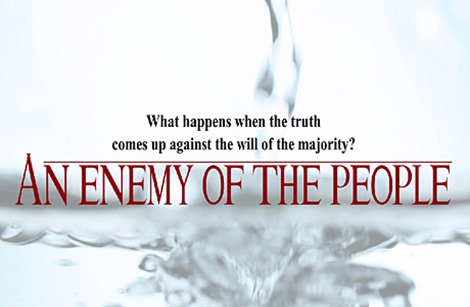 WHEN: Thursday, January 17, from 3:30pm to 7:30pm, with a break from 5:30pm–6:00pm.
WHERE: Lackland Performing Arts Center at 715 Grand Ave. Hackettstown
For more information or to schedule an audition, call the Centenary Stage Company box office at (908) 979 – 0900. The box office is open Monday through Friday from 1 – 5pm and two hours prior to every event. The box office is located in the Lackland Performing Arts Center on the campus of Centenary University.

Centenary Stage Company, a not-for-profit professional theatre company in residency on the campus of Centenary University will hold a local non-union open call audition for the upcoming professional main stage production of Henrik Ibsen’s An Enemy of the People. Centenary Stage Company is seeking men and women of all sorts and conditions for ensemble roles as well as the roles of Ejlif, male age 13 and Morten, male age 10.