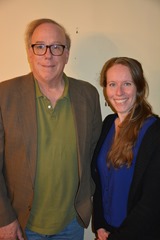 The Theater League of Clifton will hold auditions its annual dinner/theater production at on for the show “Golden Girls III.”

The show is seeking performers (six cast members) to play parody versions of characters from the hit TV sitcom “The Golden Girls:” Dorothy, Blanche, Sophia, and Rose; along with a parody character of Adrian Monk from the quirky TV detective show “Monk;” and a parody of Jessica from the classic TV mystery show “Murder She Wrote.” The casting call is open to all genders, ethnicities, abilities and ages.

Erin Woodward is the director of the production while Mark Peterson serves as the producer. Woodward is a graduate of Montclair High School (MSU) and a former president of the MSU School of Visual and Performing Arts. She directs and performs in New York City and New Jersey as a singer, actor, and clown. Peterson