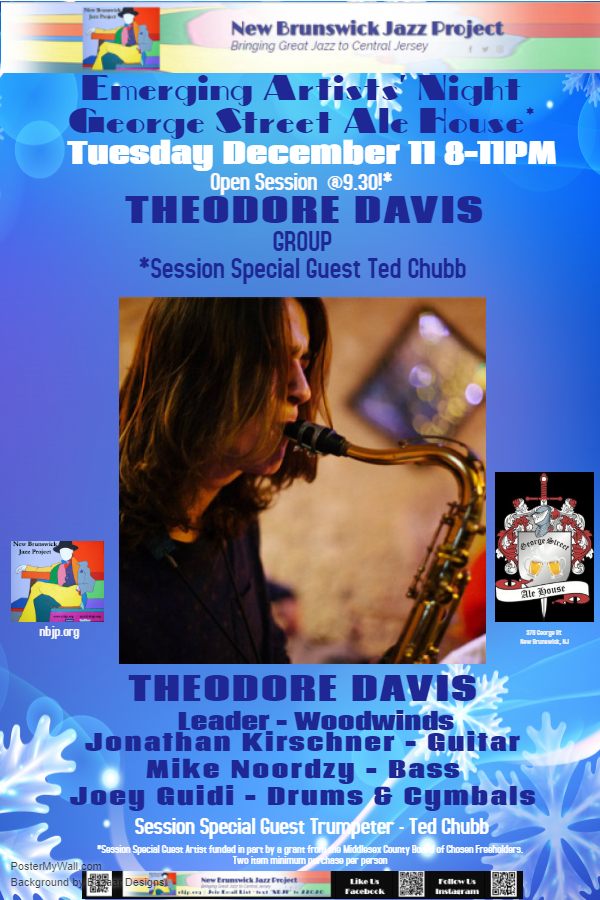 Part of NBJP's mission is to showcase the next generation of jazz musicians ... the future "greats!" This is a chance to see them NOW!  Mason Gross student, Theodore Davis leads the band and the session.  Session special guest, trumpet player Ted Chubb. 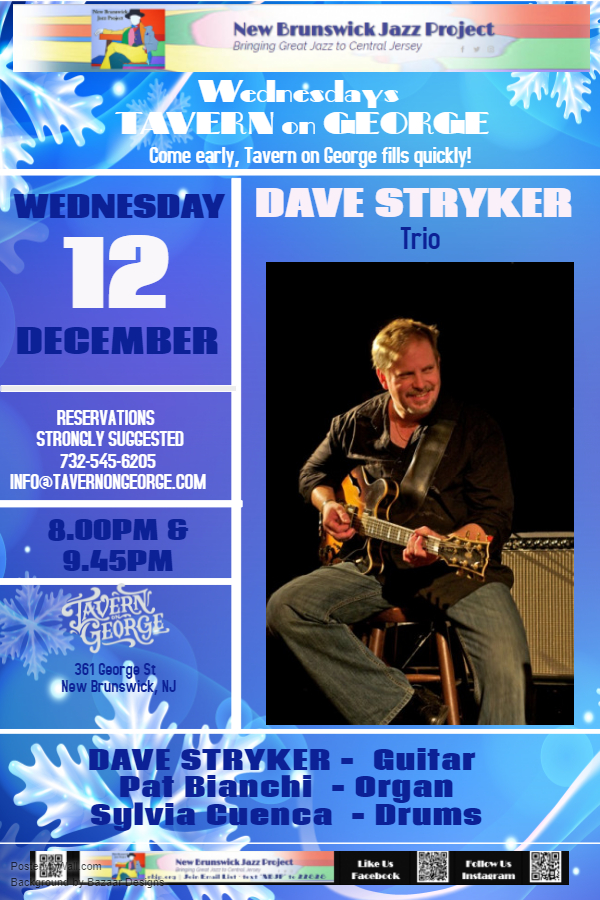 "I have followed Dave Stryker since his early days in Omaha through his long stay with Stanley Turrentine ...and he just gets better and better with one of the most joyous feels around." -Pat Metheny." ~Pat Metheny

"......one of the most distinctive guitarists to come along in recent years."

~Andrew Hovan, All About Jazz. We're glad to have this guitar powerhouse back with us again! 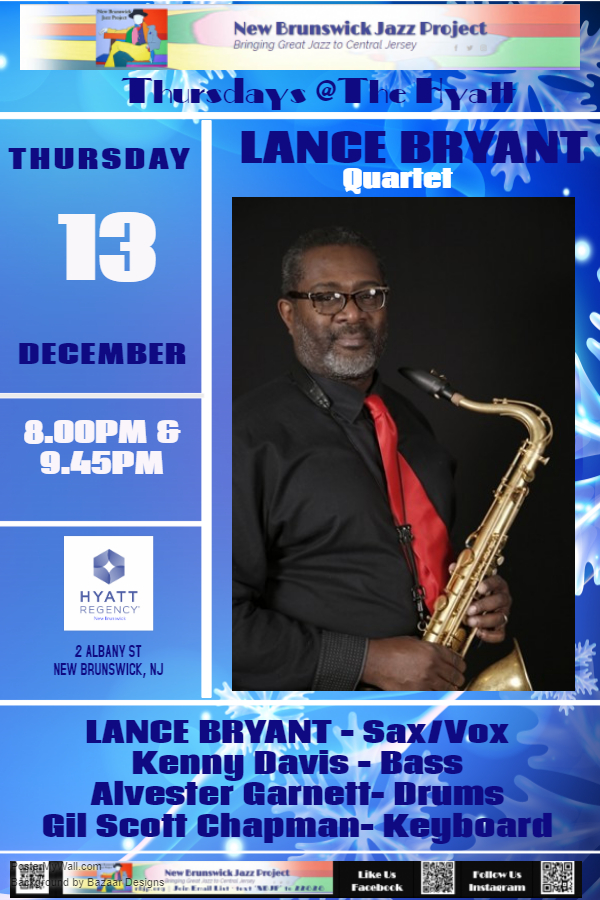 Saxophonist & vocalist, Lance Bryant is an Illinois native who now makes his home in NJ. The Berklee College alum moved to NYC in the mid 80s and in 1990 began his relationship with the Lionel Hampton Orchestra and in 1993 became the Orchestra's Musical Director and Principal Arranger.Lance traveled extensively with Phyllis Hyman, Jon Hendricks, Pete "LaRocca" Sims, Wallace Roney, Bootsy Collins, James Williams and others. Lance currently performs with the New Lionel Hampton Big Band, South African pianist Abdullah Ibrahim, as well as performing his own music. Lance is also on the faculty of the JALC education department.

No jazz on Fridays at Due Mari in December!