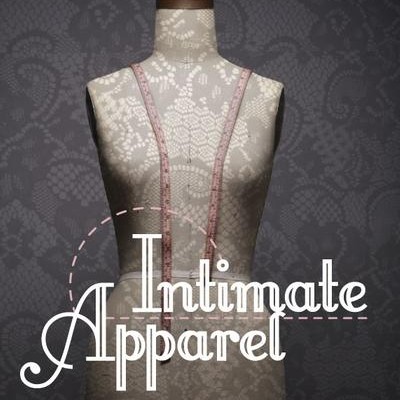 WHEN: Sunday, November 11, from 3:30 to 6:30 pm, and Tuesday, November 13, from 7:00 pm to 10:00 pm. Those auditioning only need to attend one of those evenings. Sign-up begins ½ hour prior to the audition start time, and anyone auditioning must arrive no later than 90 minutes after start time.
WHERE: Auditions on November 11 will be held at Montclair Operetta Club (494 Valley Road, Montclair), and auditions on November 13 will be held at the Burgdorff Center for the Performing Arts at 10 Durand Road in Maplewood.

4th Wall Theatre will hold open auditions for all roles in two-time Pulitzer Prize winner Lynn Nottage’s play, Intimate Apparel. Gwen Ricks-Spencer, 4th Wall’s Executive Director, will be staging the play, one of Nottage’s most personal and endearing scripts, in honor of Black History Month. The show will be presented at the Burgdorff Center for the Performing Arts in Maplewood.

ABOUT THE SHOW
The time is 1905, the place New York City, where Esther, a black seamstress, lives in a boarding house for women and sews intimate apparel for clients who range from wealthy white patrons to prostitutes. One by one, the other denizens of the boarding house marry and move away, but Esther remains, lonely and longing for a husband and a future. By way of a mutual acquaintance, she begins to receive beautiful letters from a lonesome Caribbean man named George who is working on the Panama Canal. When George arrives in New York, however, he turns out not to be the man his letters painted him to be.

BREAKDOWN AND INSTRUCTIONS
4th Wall is seeking a cast of six.  A complete breakdown of the cast is below.  Actors should be prepared to read from the script, and sides are posted on the 4th Wall website. Please bring a headshot and resume stapled together, and be prepared to provide all potential conflicts for weekday evening and weekend daytime rehearsals beginning November 15.