Penned by the former editor and CEO of Parade Magazine, THE TRIAL OF DONNA CAINE spotlights the national discussion on women’s role in the military. 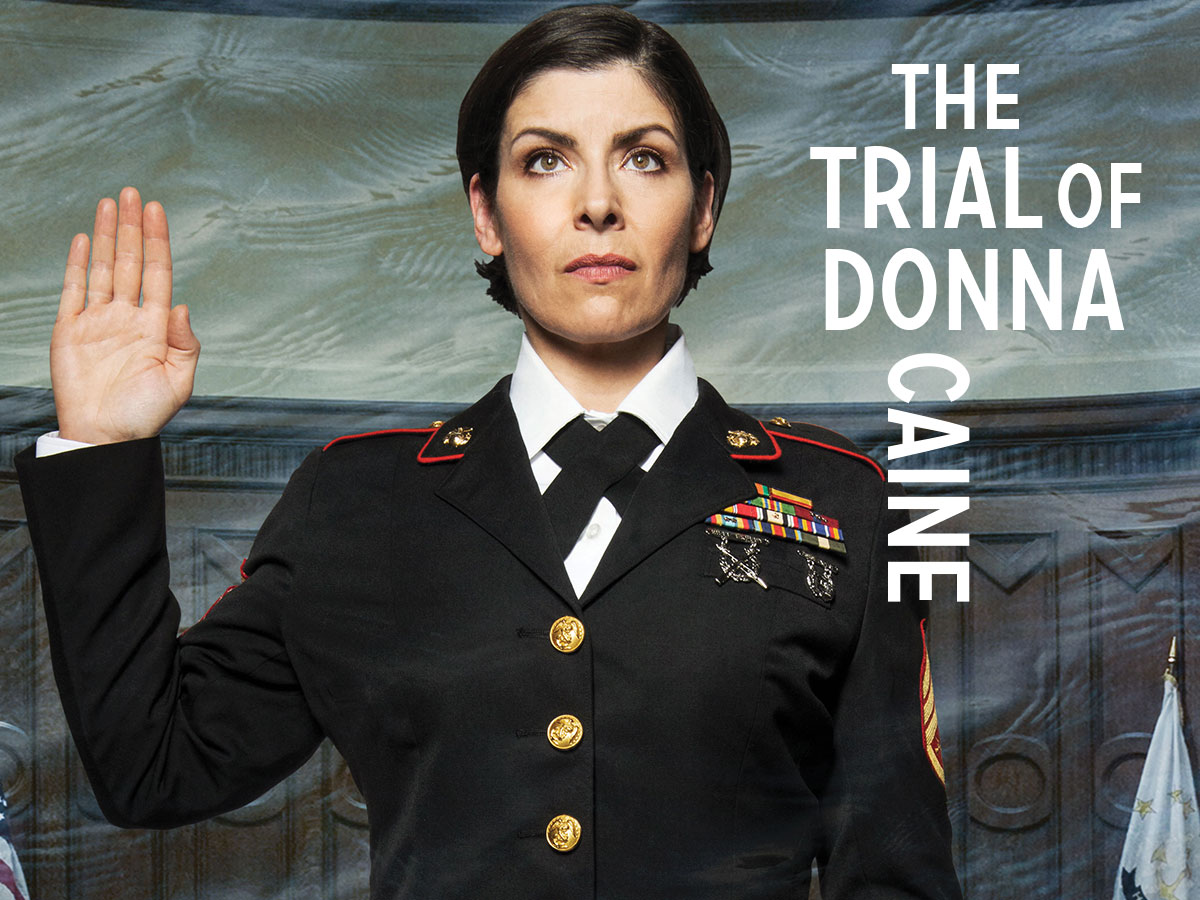 WHEN: Oct. 16-Nov. 11, 2018; Opening Night set for Friday, October 19
WHERE: 103 College Farm Road in New Brunswick, NJ
TICKETS START AT $25!
To purchase tickets or for more information, visit the George Street Playhouse website at www.GeorgeStreetPlayhouse.org, or call the box office at 732-246-7717.

George Street Playhouse will launch its 2018-19 season with the world premiere of The Trial of Donna Caine, a gripping courtroom drama by Walter Anderson, who served as the editor-in-chief of Parade magazine for 20 years prior to being named Chairman and CEO of Parade Publications.

When Marine Staff Sergeant Donna Caine (Perez) is accused of a serious crime, highly respected attorney Emily Zola Ginsberg (Levieva) is convinced to take the case. Fighting for her client’s future, Ginsberg finds herself taking on the military establishment in order to expose the truth.

“The piece reads like a true page-turner,” director David Saint said as he prepares to kickstart his record-breaking 22nd season as George Street’s Artistic Director.  “The Trial of Donna Caine is an incredibly tense and suspenseful courtroom drama that will leave audiences on the edge of their seats, but it is also has a number of strong women at its core. It will remind audiences of stories like A Few Good Men, but I call it A Few Good Women because it’s so female-centric.”

The Trial of Donna Caine is inspired by the real-life events surrounding the so-called “Ribbon Creek Incident,” a 1956 training mishap that resulted in the drowning deaths of six US Marine Corps recruits.

In Anderson’s modern reimagining of these events, three of those recruits have been conceived of as women, in addition to the titular Staff Sergeant Donna Caine, who finds herself on trial for their deaths.

“By adapting these events to the present day, the play puts a spotlight on the national discussion about the recent decision to open military combat positions to women. There are many twists, turns, and surprises along the way, but the backdrop of the play also makes it both relevant and timely ” Saint said. “I’m very excited about it.”

Under the leadership of Artistic Director David Saint since 1998, and Kelly Ryman -- Managing Director since 2013, the Playhouse produces groundbreaking new works, inspiring productions of the classics, and hit Broadway plays and musicals that speak to the heart and mind, with an unwavering commitment to producing new work.  As New Brunswick’s first producing theatre, George Street Playhouse became the cornerstone of the City’s arts and cultural landscape. With its 45-year history of producing nationally renowned theatre, the Playhouse continues to fill a unique theatre and arts education role in the city, state and greater metropolitan region.

The Playhouse has been well represented by numerous productions both on and off-Broadway, including the Outer Critics’ Circle Best Musical Award-winner The Toxic Avenger; the Outer Critics Circle, Drama Desk and Drama League nominated production of The Spitfire Grill; and the Broadway hit and Tony and Pulitzer Prize winning play Proof by David Auburn, which was developed at the Playhouse during the 1999 Next Stage Series of new plays. In 2015, It Shoulda Been You opened on Broadway and Joe DiPietro’s Clever Little Lies opened off-Broadway.  Both shows received their premieres at the Playhouse. In 2018, George Street Playhouse was represented on Broadway with Gettin’ the Band Back Together which premiered on the Playhouse mainstage in 2013.

In addition to the mainstage season, the Playhouse’s education department provides extensive programming for children, youth and adults.  Partnering with administrators and educators throughout New Jersey, the Playhouse provides unique education experiences that both reinforce classroom curriculum and investigate issues such as bullying, diversity, immigration, health and wellness, and the rising epidemic of opioid addiction.

George Street Playhouse programming is made possible in part by funds from the New Jersey State Council on the Arts/Department of State, a partner agency of the National Endowment for the Arts.