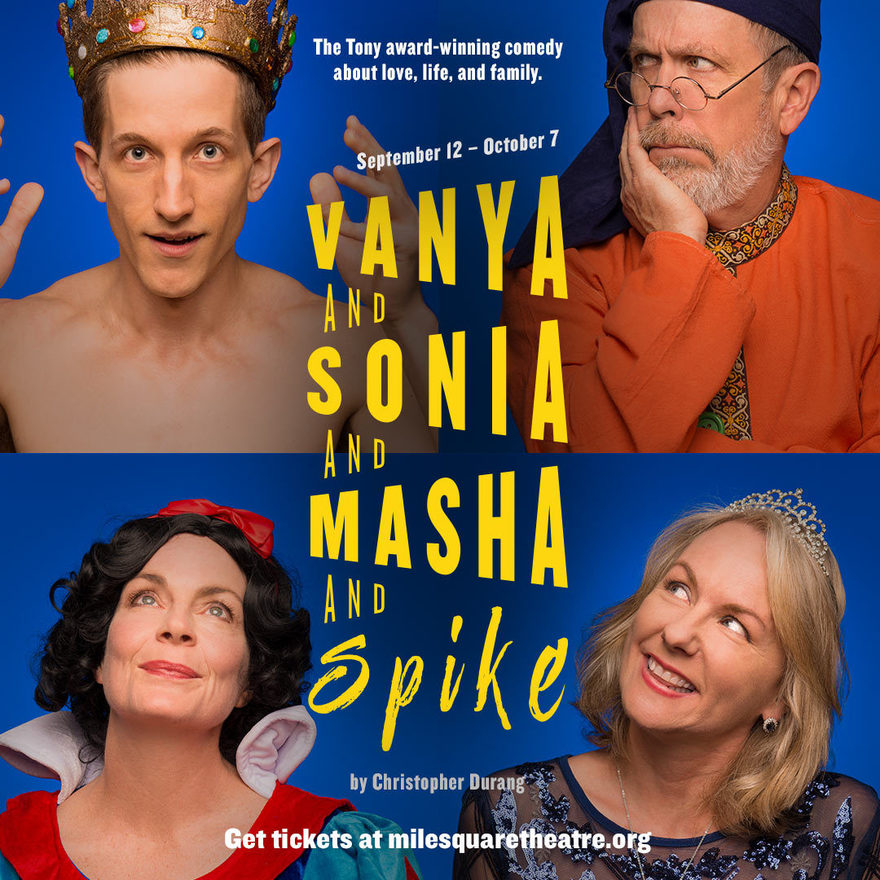 Mile Square Theatre continues its 2018 season with Christopher Durang’s hilarious comedy about love, life and family, Vanya and Sonia and Masha and Spike. Durang drops a mixed bag of Chekhovian characters in contemporary Bucks County in this comic tour-de-force. Relentlessly silly and smart, Vanya and Sonia and Masha and Spike deservedly won the 2013 Tony Award for Best Play and the Drama Desk Award for Outstanding Play.

Mile Square Theatre is supported by the Geraldine R. Dodge Foundation.
This program is made possible in part by funds from the New Jersey Council on the Arts/Department of State, a partner agency of the National Endowment for the Arts and by funds from the National Endowment for the Arts, administered by the Hudson County Office of Cultural & Heritage Affairs, Thomas A. Degise, County Executive, and the Board of Chosen Freeholders.