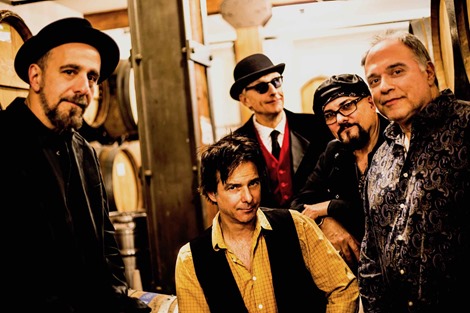 With the Hogshead Horns and the Crème Tangerine Strings, Performing an incredible mix of Beatles favorites.

"The Best Beatles Tribute band, without the wigs!" - David Fricke, Rolling Stone Magazine
"All rock bands want to be like the Beatles; these guys have the nerve to BE the Beatles" - Dave Marsh, legendary Rock Critic

With a commitment to the accurate reproduction of The Beatles' repertoire, The Fab Faux (featuring Jimmy Vivino from 'Conan' and legendary bassist, Will Lee) treat the seminal music with unwavering respect, and are known for their painstaking recreations of the songs (with emphasis on the later works never performed live by the Beatles).  Far beyond a cover band, they play the music of
The Beatles so impeccably that one must experience it to believe it. Imagine hearing complex material like "Strawberry Fields Forever" or "I Am the Walrus" performed in complete part-perfect renditions; or such harmony-driven songs as "Because", "Nowhere Man", and "Paperback Writer", reproduced not only note-for-note, but with extra vocalists to achieve a double-tracked effect.

The Fab Faux – five of the hardest working musicians in NYC tackles The Beatles most demanding material live onstage in a way that has to be experienced to be believed.