FILM CRITIC TO SPEAK ABOUT “HITCHCOCK’S VILLAINS” IN SOUTH ORANGE 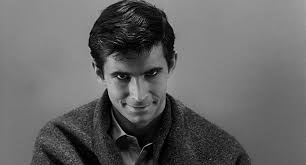 The Master of Suspense was known for his lovely blonde heroines, but his films’ real thrills were provided by his surprising villains — amusing, elegantly dressed gentleman who could charm you to death. Literally. Sometimes it seemed the director even preferred him to his heroes — a favoritism which fueled some of his darkest themes. We’ll explore those, and some of Hitch’s best bad guys, including Joseph Cotten in Shadow of a Doubt, Robert Walker in Strangers on a Train and, the ultimate mama’s boy, Anthony Perkins in Psycho.

STEPHEN WHITTY is a writer and critic for the Star-Ledger, the New York Daily News, nj.com and Fortune.com, as well as a college lecturer, film festival host, interviewer and juror.