GLASSJAW AND QUICKSAND TO APPEAR @ WELLMONT THEATER IN MONTCLAIR AUGUST 2 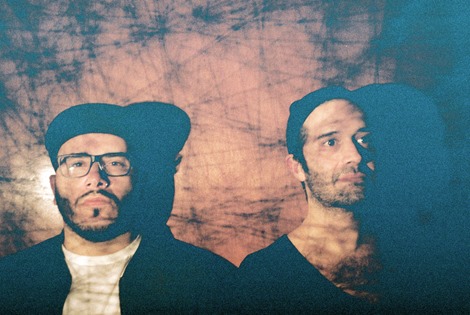 New York post-hardcore luminaries Glassjaw and Quicksand have announced a co-headline tour for this summer. Kicking off July 7th in Pontiac MI and wrapping up August 3rd with a hometown Brooklyn Steel show, the 20-date tour will make stops in Chicago, Denver, Atlanta, Boston and more.

In late 2017, both bands reemerged from relative quiet to challenge and change preconceptions about their music with parallel albums: Glassjaw's Material Control (Sony RED MUSIC) and Quicksand's Interiors (Epitaph Records). Both records prove that neither band was content to rest on their respective laurels. The live shows that followed the albums releases were as pure and inspired as early day performances with even greater strength and passion.

While the two bands have surprisingly never shared a stage together, their contributions to true post-hardcore is indisputable, specifically New York post-hardcore. "Growing up on Long Island, in the shadow of Quicksand and the world that they had come out of, was a huge influence of the bands we were in and the music that Glassjaw would go on to make," states Glassjaw frontman Darryl Palumbo. "Even though we're a few years apart, it's a ton of the same influences: bad brains, Fugazi, tons of gigs in sweaty basements and VFW halls. It's nothing short of awesome to see both us still making music from our hearts and honestly not giving a fuck."