Bickford Summer JazzFest To Present Svetlana and the Delancey Five 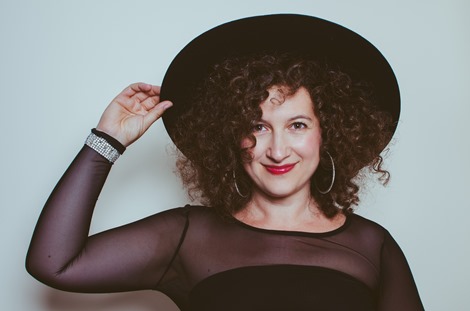 Svetlana and the Delancey Five

WHEN: Thursday, July 19, with a food truck picnic that begins at 5:30 followed by the concert at 7:30. The food trucks are open to the public and everyone is invited.
WHERE: The Morris Museum’s Bickford Theatre is located at 6 Normandy Heights Road in Morristown, NJ, and offers free parking and full accessibility.
TICKETS: $20 for museum members and $25 for the general public.
They may be purchased online at morrismuseum.org, by phone at (973) 971-3706, or in person at the Bickford Theatre Box Office.  Box office hours for phone sales are Monday through Friday, 10:00 a.m. to 5:00 p.m. Walk-up hours are Tuesday through Friday, 11:00 a.m. to 5:00 p.m.

Formed just a few years ago, Svetlana and the Delancey Five have become one of New York’s most popular young jazz bands with a repertoire that moves flawlessly from the hot jazz of the 1920s to new takes on modern standards, offering a joyous “exuberant, foot-stomping party combining swing and pop-singer/songwriter sensibilities” (WPIX 11). (Photo by Laura Desberg)

Led by the widely acclaimed vocalist Svetlana Shmulyian, the band includes some of New York’s top jazz musicians: Michael Hashim on sax, Charlie Caranicas on trumpet, Willerm Delisfort on piano, Endea Owens on bass, and Rob Garcia on drums. Time Out NY called the band “NYC darlings” and JazzLives warned audiences to “prepare to swing and be moved.” Svetlana and the Delancey Five have headlined sold out shows all over the world at renowned places such as the Tel Aviv Blues Festival, the Blue Note Jazz Festival, the Iridium, and BB Kings Blues Club.

Svetlana Shmulyian was born and raised in Moscow in a family of engineers. As a young student, she combined a math education with classical training on piano and eventually moved to New York where she studied vocal performance and composition at the Manhattan School of Music. Since debuting as a bandleader, she has earned accolades from critics, audiences and jazz musicians for her poised and charming stage presence, her energetic and enchanting vocals, and her swinging musicianship. Will Friedwald of the Wall Street Journal praised her as an “exceptional vocalist and songwriter” and the Aquarian Weekly loved her “once-in-a-lifetime voice.”

Saxophonist Michael Hashim has been a mainstay in the jazz world since the mid-seventies when he joined the Widespread Depression Jazz Orchestra which he would eventually lead. He has worked with artists ranging from Muddy Waters and Judy Carmichael to Roy Eldridge and Jo Jones. In addition to being a regular with the Delancey Five, he is a member of the George Gee Swing Orchestra which opened the 2017-18 jazz showcase season at the Bickford Theatre.

Trumpet player Charlie Caranicas is well known to jazz fans for both his traditional and mainstream jazz work. He has performed with some of the most prominent bands in jazz from Vince Giordano and the Nighthawks to the Chico O’Farrill Afro Cuban Jazz Orchestra. He appears with the Blue Note Jazz Club Band and is praised by critics as “wonderfully musical,” “lyrical and emotive,” and a “joy to hear.” Charlie is a first call musician for hot jazz, mainstream jazz, and Broadway shows.

The rhythm section for the Delancey Five includes pianist Willerm Delisfort whose versatility has enabled him to work in a variety of musical styles from jazz to gospel as well as in Broadway shows such as “Dreamgirls” and “Ain’t Misbehavin’.” He has appeared in more than 50 festivals around the world and has worked with scores of prominent musicians including Lauryn Hill, Louis Bellson, Lou Soloff, Curtis Fuller, Jimmy Heath, David Sanchez, and Peter Erskine. The young bassist Endea Owens hails from Detroit and is a recent graduate of Michigan State University. She moved to New York to attend Julliard where she is a candidate for a Master’s Degree and performs regularly with actress, comedian and jazz musician Lea DeLaria. Drummer Rob Garcia is a strong presence in New York City and much in demand both as a sideman and as a leader. In addition to being a part of the Delancey Five, Rob has worked with artists such as Wynton Marsalis, Anat Cohen, Howard Alden, John Bunch, Vince Giordano, Wycliffe Gordon, and Warren Vache.