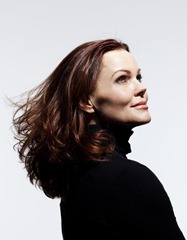 As lead vocalist for the ground-breaking all-female band The Go-Go's, Belinda Carlisle (left) and the group came out of the California punk scene in the late 1970s with hits like “We Got The Beat,” “Our Lips Are Sealed,” “Vacation” and “Head Over Heels.” Carlisle left The Go-Go’s to pursue a solo career and flourished with chart-toppers like “Heaven On Earth,” “I Get Weak” and “Circle In The Sand.”

ABC has enjoyed a glittering career since crashing straight into the UK album charts at number one with their debut The Lexicon of Love in 1982, which showcased the soulful voice of lead singer Martin Fry. Their hits include “Poison Arrow,” “The Look Of Love,” “Be Near Me” and “When Smokey Sings.”

Modern English band members Robbie Grey (vocals), Mick Conroy (bass), Gary McDowell (guitar) and Steven Walker (keyboards) first reunited in 2010 to tour the US, UK and Paris. The band’s most famous track “I Melt With You” was a US Top 50 single in 1984.

Tony Lewis is the lead vocalist and bassist of The Outfield, the British pop group with hits like “Your Love” and “All The Love.”

Limahl won the hearts of millions of teenage girls in the 1980s as the lead singer of Kajagoogoo, who stormed to the top of the charts with “Too Shy” and “Kaja Mania.” With five top 20 hits to his name, Limahl is no one-hit wonder.