A new exhibition has recently opened at the Morris Museum in Morristown, New Jersey – Spheres of Influence: W. Carl Burger. It is an array of never-before-seen selected works by W. Carl Burger. 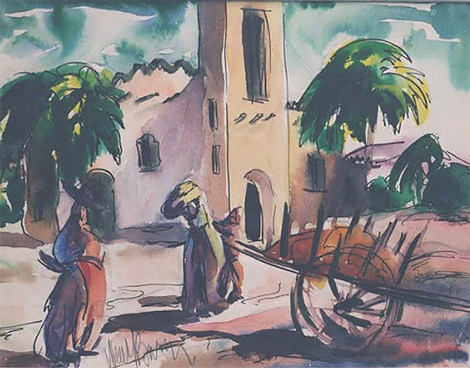 WHEN: on view through August 19, 2018
WHERE: Morris Museum, 6 Normandy Heights Rd., Morristown

The Morris Museum is home to over 400 works by Carl Burger, who was last featured in its “Urge to Paint” exhibit of 2016. This new exhibition, “Spheres of Influence,” delves into the many themes pursued by Burger across his lifetime, exploring his artistic output from four perspectives: Abstracts, Landscapes, Architectural Forms, and Portraits. Most works here have never been exhibited in public before. 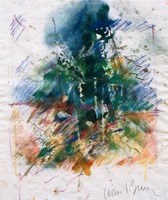 Alexandra Willis, Curator of the Morris Museum states “Captivated by New Jersey’s diverse geography, W. Carl Burger is widely known for his landscapes. Yet, beneath the layers of vivid color and fleeting gestural lines lies a much more complex artist than most people are familiar with. In this exhibition, Spheres of Influence: W. Carl Burger, we begin to peel back these layers, highlighting the many mediums Burger has used as a vehicle to convey his myriad of interests and influences to the public over his prolific career.” W. Carl Burger is one of New Jersey's most beloved and well-known artists.  During his long career, he has exhibited widely throughout the United States, including the National Academy of Design in New York City, the Philadelphia Museum of Art, the Smithsonian Institution in Washington D.C., and Lincoln Center in New York City.  Locally, he has exhibited at the New Jersey State Museum, the Newark Museum, the Montclair Art Museum, and the Morris Museum.
Born in Pforzheim, Germany in 1925, W. Carl Burger immigrated to the United States with his parents, settling in Irvington, New Jersey the following year. After high school, Burger enlisted, serving in World War II, first with the U.S. Army's 165 1st Engineering Utilities Detachment before being transferred to Military Intelligence, where he was based in both France and Germany. He resumed his college studies in 1946 after being honorably discharged, receiving a B.S. and M.A in Fine Arts Education from New York University. His postgraduate courses were taken at Columbia University, the Arts Students League in New York, and Rutgers University. Burger retired in 1993, as Professor Emeritus of Art at Kean University, to focus on his art career.