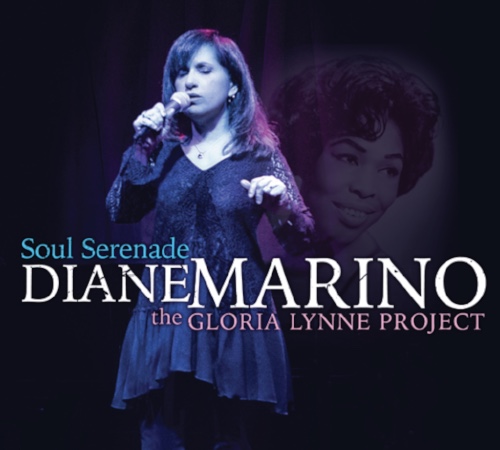 “Soul Serenade” "is the title of my newest CD project. Although not exactly a “tribute” album, it is more of a celebration of the music made popular by the great vocalist, Gloria Lynne.

While performing on a recent gig with drummer Vince Ector (Gloria’s drummer for 15 years), I sang “I’m Glad There Is You,” and he reminded me it was one of Gloria’s signature songs. So, I began to research more of Gloria’s work and was instantly mesmerized by her voice, style and emotion. Additionally, her choice of material was instantly appealing to me. I tend to look for songs that are “beyond the norm” of the Great American Songbook repertoire. The songs Gloria Lynne recorded during her career stand alone in their originality and uniqueness. Her performances of these particular tunes move me every time I hear them.

As with my previous CD’s, I always learn a tune and then work with it at the piano, making it an extension of what I’m hearing and feeling from the lyric and melody. I should note that I had never heard any of these 14 tunes before I was introduced to them by the wonderful Gloria Lynne recordings. My “concepts” for these 14 tunes came about after much study, deliberation and changes!

I wanted to step away from the piano for this project in order to collaborate with someone else’s ideas that could influence the way I might want to sing a particular song. I feel that when you accompany yourself on piano the two elements are inseparable and it was time to do a project in a different way.

I asked my dear friend Brad Cole to take my concepts and write the arrangements and orchestrations as well as to play piano/keyboards on this project. He seemed to know exactly what I wanted to do with each of these songs. I think we’ve come up with a fresh approach to this material that Gloria Lynne’s recordings influenced me to explore and ultimately record!”

“Marino plays swinging piano, is an accomplished arranger and sings up a storm, – she’s one of the best I’ve heard in the past several years!” Ric Bang, JazzScan

“Diane Marino is a most worthwhile singer/pianist/arranger. Some of the most delicate and carefully laid back singing you’ll ever hear —Ms. Marino’s piano/vocal just can’t be bettered”  —Dan Singer, Singer’s Singers