Sons of Jazz Legends Coming to the Bickford Theatre

Many performers are children of famous musicians but it is not always easy to carve an independent path in entertainment world. For instance, there was Frank Sinatra, Jr. or Natalie Cole. But this winter, the Bickford Theatre at the Morris Museum in Morristown, New Jersey will present two sons of jazz legends who have become musical stars in their own right: Dave Brubeck’s son Chris Brubeck with his group Triple Play and Thelonious Monk’s son T.S Monk with his ensemble. 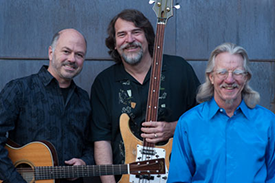 A Grammy-nominated composer and musician Chris Brubeck has been called “one of the finest jazz trombonists around today” by Downbeat Magazine and “one of the most capable electric bassists” by the Los Angeles Times. He began touring and recording with his legendary father when he was young and has gone onto international acclaim as a performer, composer, and band leader. He has worked with a diverse cross section of artists including opera stars Frederica von Stade and Dawn Upshaw, pop stars Willie Nelson and B. B. King, and jazz greats Gerry Mulligan, Stephane Grappelli, and Bobby McFerrin.

His trio Triple Play delivers an epic sojourn through American music unlike any other band today and includes Peter “Madcat” Ruth, a virtuoso musician who is considered one of the best and most versatile harmonica players in the world and singer/guitarist Joel Brown a much in-demand soloist and chamber musician.

Chris Brubeck explains that Dave was always just dad to him. “I recall a couple of experiences when I was very young that got me thinking differently about my dad. One night after a concert with the famous quartet, we went to a classic New Jersey diner where they had a jukebox. I remember sitting in the booth and noticing “Take Five” on the playlist and being amazed. The other time it hit me that my dad was famous was when the Beatles came to America. When I heard them say in an interview that they listened to Dave Brubeck, I knew that Dad was important.”

Triple Play has one foot in the jazz world and another in the blues world but their repertoire includes many famous Dave Brubeck tunes including “Take Five,” “Blue Rondo a la Turk,” “Unsquare Dance,” “It’s A Raggy Waltz,” and the beautiful “Thank You.” The rare New Jersey concert will include an appearance by their good friend, New Jersey harmonica star Rob Paparozzi. 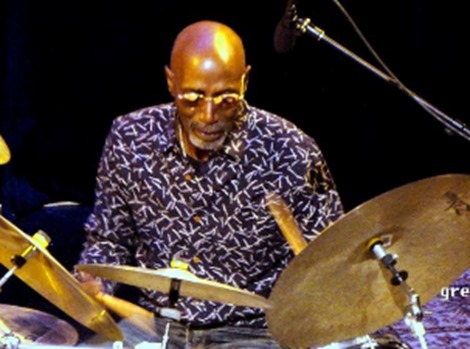 Drummer T.S. Monk and his group will pay tribute to his famous father, Thelonious Monk, the second most recorded jazz composer (after Duke Ellington) and many of his works have become jazz standards: “Round Midnight,” “Blue Monk,” “Straight, No Chaser,” “Rudy, My Dear,” and “Well, You Needn’t” to name just a few.

T.S. got his first drumsticks from a regular visitor to their family home, Max Roach, and eventually joined his father’s trio, touring with him until he retired in 1975. Setting out on his own, Monk had two hit records with his R&B group, Natural Essence, before returning to jazz in 1992. He now heads up the Thelonious Monk Institute of Jazz to promote jazz education, provide scholarships for music students, and promote his father’s legacy.

“Thelonious Sphere Monk was just daddy,” says T.S. Monk. “He took me and my sister, Boo Boo [nickname], everywhere, and taught me how to treat girls, spin tops, and change my sister’s diapers, among many other things. I can’t recall even one time in my life when I ever called him Thelonious, or Monk, or pop, or anything other than daddy.”

Both Dave Brubeck and Thelonious Monk were family men and raised their children well. You can see the results in these two great concerts in January and February.