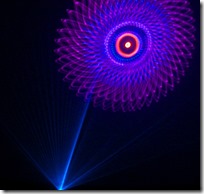 WHERE: Raritan Valley Community College’s main campus at 118 Lamington Road in Branchburg, NJ.
TICKETS: $8 for one show or $14 for two shows on the same day. Reservations are strongly suggested for all Planetarium shows. For additional information or to make reservations, call 908-231-8805 or visit www.raritanval.edu/planetarium.

From laser rock shows featuring music by Queen, to stars shows and special programs for children, the Raritan Valley Community College Planetarium in Branchburg has something for every age and interest in February. The month includes a brand new laser show offering music from some favorite Hollywood movies. The following programs will be presented: 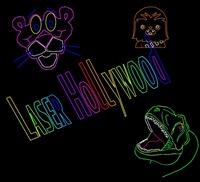 Laser Hollywood
WHEN: Saturdays, February 3, 10, 17, 4 p.m.
Watch lasers “dance” on the Planetarium dome while you listen to themes from some favorite movies in this brand new show. Music from such movies as Raiders of the Lost Ark, Pink Panther, Star Wars, and Beverly Hills Cop will be featured. (Recommended for ages 6-adult)

Astronomy Tonight
WHEN: Saturday, February 3, 7 p.m.
Using the Planetarium’s DigitalSky digital theater, experience a guided tour of the night sky. Learn about some of the popular constellations visible from sunset to sunrise, as well as the stories behind them. Hear about how and where in the sky to find the brightest planets. Weather permitting, the 3M Observatory will be open after the show. (Recommended for ages 8-adult)

Rock of Ages Laser Concert
WHEN: Saturdays, February 3 & 24, 8 p.m.
Enjoy a laser concert with songs drawn from the popular Broadway show and feature film. Sing along to “We Built This City” by Starship, “I Wanna Rock” by Twisted Sister, and “Talk Dirty to Me” by Poison.

Laser Queen
WHEN: Saturdays, February 10 & 17; Wednesday, February 14, 8 p.m.
Enjoy a laser concert featuring some of Queen’s hit songs including “Crazy Little Thing Called Love,” “Another One Bites the Dust,” “Under Pressure,” and “We Are the Champions.”

Two Small Pieces of Glass
WHEN: Saturdays, February 17 & 24, 7 p.m.
Discover which stars are visible in tonight’s sky. Then explore the evolution of telescope technology from Galileo’s experiments, to the Hubble Space Telescope, and beyond. An incredible Universe can be observed with just two small pieces of glass. (Recommended for ages 8-adult)

Rockin’ Rocket Ride
WHEN: Saturday, February 24, 3 p.m.
Put on your space suit and blast-off into outer space to visit the Moon, Sun and planets. A lively experience for young people, the show includes selected music from “Journey into Space" by Jane Murphy. (Recommended for ages 3-8)

Storybooks in Space
WHEN: Saturday, February 24, 4 p.m.
Enjoy story time in the Planetarium as young audience members learn about the stars and planets. (Recommended for ages 4-8)