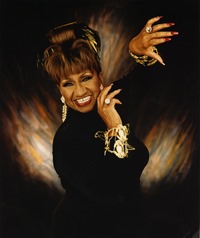 Celia Cruz delighted audiences around the world with her talent, happiness and unmistakable voice for more than 50 years. Her musical legacy, along with her distinct voice travels daily throughout all continents of the world through hundreds of recordings that she popularized during her unprecedented career. 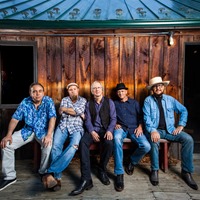 The Weight Band: Members of The Band, The Levon Helm Band & The Rick Danko Group

Performing songs of The Band, The Weight Band is keeping the spirit and the music alive that helped define an era. Members of The Weight were either in The Band, or are directly and deeply connected to their legacy.

The group features Jim Weider from The Band, Brian Mitchell of the Levon Helm Band, Marty Grebb, who wrote for The Band and worked with Rick Danko and Richard Manuel, and Albert Rogers, who shared the stage with Levon Helm and Garth Hudson in The Jim Weider Band. Michael Bram, the newest member of The Weight, played with Jason Mraz.

Expect an unforgettable performance with enjoy timeless hits like “The Weight,” “Up On Cripple Creek,” “Ophelia,” “The Night They Drove Old Dixie Down,” “Rag Mama Rag” and so many others. 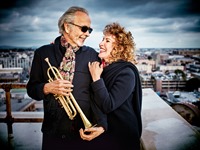 Legendary jazz musician Herb Alpert and Lani Hall, original lead singer for Sergio Mendes and Brasil ’66, will perform songs from their third album together, Steppin Out, with their band, Michael Shapiro on drums and percussion, Hussain Jiffry on bass and Bill Cantos on keyboards and vocals. The program will include a jazz set sprinkled with Brasilian flavors and songbook favorites such as “Puttin’ on the Ritz,” “Moondance,” “Let’s Face the Music & Dance,” “Fever” and “La Vie en Rose.”