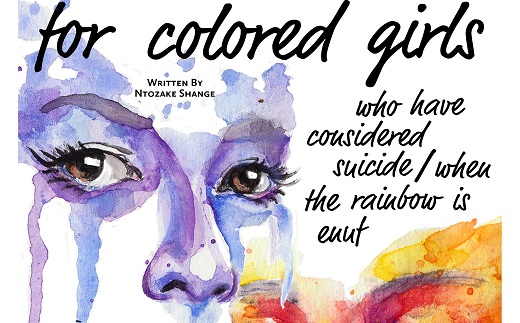 WHEN:  Sunday, December 17 from 4:00 - 7:00 pm. Sign-up begins at 1/2 hour prior to the audition start time, and anyone auditioning must arrive no later than 5:00 pm.
WHERE: the theatre at the Burgdorff Center for the Performing Arts (10 Durand Road in Maplewood, NJ), easily accessible by train from Manhattan. Train schedules from New York City Penn Station to the Maplewood Station (less than a block down the hill from the theatre) are available at NJTransit.com.
CLICK HERE TO GO TO OUR AUDITIONS PAGE

4th Wall is seeking a strong woman, who is an actor/singer/mover.

4th Wall Theatre will be reviving our smash hit production of For Colored Girls Who Have Considered Suicide when the rainbow is Enuf in February 2018 just in time for Black History Month. We will be holding open auditions for one role.

Originally produced on Broadway in 1976, the piece will be directed by Gwen Ricks-Spencer.

Performances will be at the Burgdorff Center for the Performing Art in Maplewood, New Jersey and at the Irvington Town Hall Theater in Irvington, NY.