OPEN AUDITIONS: “A RAISIN IN THE SUN” @ 4TH WALL THEATRE

4th Wall Theatre will hold open auditions for all roles in 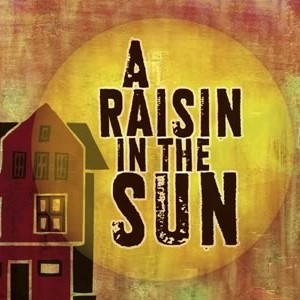 WHEN & WHERE: Tuesday, October 24th (7:00-10:00 pm), Wednesday, October 25th. Sign-up begins at 1/2 hour prior to the audition start time, and anyone auditioning must arrive no later than 8:00 pm. Callbacks, if needed, will be held on Saturday, October 28.
WHERE: Westminster Arts Center (449 Franklin Street) in Bloomfield
Non-union; no pay. For more information, including directions, go to www.4thwalltheatre.org/auditions.htm

PERFORMANCE DATES: during Black History Month on February 23, 24 and 25
LOCATION: Westminster Arts Center on the campus of Bloomfield College, where the company is in residence. Auditions will take place in Bloomfield and Montclair. Rehearsals will begin in November.

ABOUT THE SHOW
Set on Chicago’s South Side, the plot revolves around the divergent dreams and conflicts within three generations of the Younger family: son Walter Lee, his wife Ruth, his sister Beneatha, his son Travis, and matriarch Lena. When her deceased husband’s insurance money comes through, Mama Lena dreams of moving to a new home and a better neighborhood in Chicago. Walter Lee, a chauffeur, has other plans: buying a liquor store and being his own man. Beneatha dreams of medical school. The tensions and prejudice they face form this seminal American drama. The Younger family’s heroic struggle to retain dignity in a harsh and changing world is a searing and timeless document of hope and inspiration.