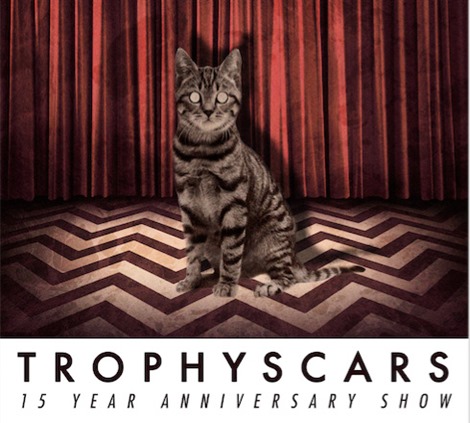 Before heading overseas for an extensive European tour, Trophy Scars will celebrate their 15th Anniversary with a very special concert at White Eagle Hall in Jersey City.

This one-night only 15th Anniversary Show will be the this New Jersey band’s first-ever Jersey City concert. “We’re very excited to play White Eagle Hall,” says John Ferrara, guitarist. “The venue is perfect for this show. We wanted to do something truly special for the fans and we couldn’t have found a better venue to do it in.”

The White Eagle Hall 15th Anniversary show almost never happened. The band’s most recent album– Holy Vacants – was two years in the making and was originally planned as the group’s farewell. “The making of this record opened a whole new door, in all of our minds,” says Jones. “We realized how much more we had to investigate in ourselves and what we were capable of. Instead of being a send-off, Holy Vacants has given us a total reboot.”

A concept record that originally started as 35-page screenplay by Ferrara, a Communications graduate with a major in screenwriting, Holy Vacants tells the tale of two lovers who discover that the blood of angel/human hybrids contains the fountain of youth, then embark on killing spree so they can drink this precious blood and stop growing old. “The album was really an exorcism of a relationship with a girl I had proposed to, and it was about being so in love with somebody that they literally destroy you,” says Ferrara. “The only way I know how to go through that kind of therapy is to present it as art. I had to write the album as a way of exorcising this person from my mind and soul.”