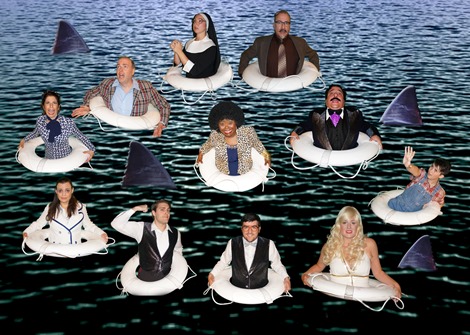 DISASTER!
Directed by Laurie Wood
Produced by Michael A. Muller

It's 1979, and New York's hottest A-listers are lining up for the opening of a floating casino and discotheque. What begins as a night of boogie fever quickly changes to panic as the ship succumbs to multiple disasters, such as earthquakes, tidal waves and infernos. As the night turns into day, everyone struggles to survive and, quite possibly, repair the love that they've lost... or at least escape the killer rats.