BOZ SCAGGS TO APPEAR IN NEW BRUNSWICK THIS SATURDAY NIGHT 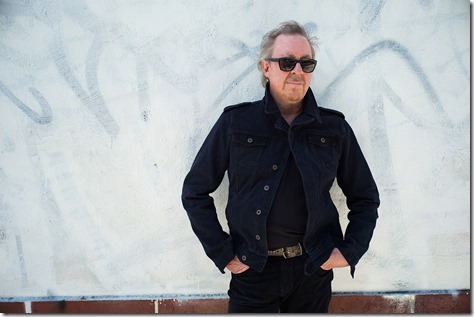 WHEN: Saturday, July 15, 2017, 8pm
WHERE: State Theatre NJ, 15 Livingston St., New Brunswick
TICKETS: $35-$95
Ticket Office: 732-246-SHOW (7469)
or visit us online at STNJ.org
The State Theatre New Jersey Ticket Office, located at 15 Livingston Ave, New Brunswick NJ, is open Monday through Friday from 10am to 6pm; and at least three hours prior to curtain on performance dates unless otherwise specified. For information on group outings and discounts, call 732-247-7200, ext. 536. Some additional ticket and transaction fees may apply.

At just the age of 12 in his hometown of Plano, Texas, Boz Scaggs met his first musical partner, Steve Miller. From playing in talent shows as “The Marksmen,” to joining The Steve Miller Band, to his solo career, Boz Scaggs has become a chart-topping musician, a multi-instrumentalist, and a renowned songwriter.

During his run with The Steve Miller Band, Boz Scaggs co-wrote and released two successful albums. Performing back-up vocals and guitar, Scaggs was features in albums like Children of the Future, and Sailor. After Scaggs left the band, he wanted to write his own music and work on a solo career. By 1976, he released Silk Degrees, an album that would combine rock, soul, and big brass. Featuring hits like “Lido Shuffle,” “Lowdown,” and “It’s Over,” the album reached #2 on the Billboard 200 in up to seven different countries.

Following the success of his first album, Scaggs went on a sell-out world tour. Just one year later, he released a second album titled Down Two Then Left. Also at that time, he recorded a song for the film Urban Cowboy, called “Miss Sun,” which would become a U.S. #14 hit.

Most recently, Scaggs released an album called A Fool to Care, featuring songs written by him and various other performers like Bonnie Raitt and Lucinda Williams. The album rose to #54 on the Billboard Blues chart, and was a commercial success.