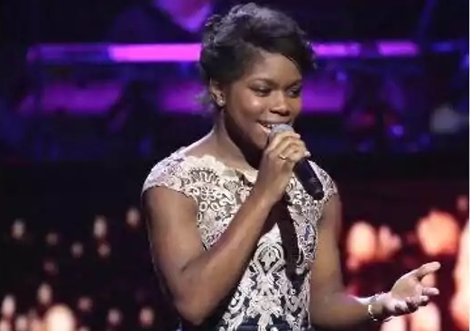 Singer/song writer, 16-year-old Alexis Morrast is a native of Newark currently lives in Plainfield, New Jersey. She began singing in church at the age of three, leading her first solo in the adult choir by seven. Since that time Alexis has performed on several stages including the U.S. OPEN in 2013, 2015 Central Jersey Jazz Festival in New Brunswick featuring trumpeter Sean Jones, NJPAC with Christian McBride, Clement’s Place in Newark, South Jazz Parlor – Philadelphia, the APOLLO THEATRE where she won Amateur Night twice and subsequently returned to the show as a special guest. In February 2017 she was chosen WINNER of the nationally televised SHOWTIME at the APOLLO hosted by Steve Harvey. Most recently Alexis performed on Millennium Stage at The KENNEDY CENTER in Washington DC. 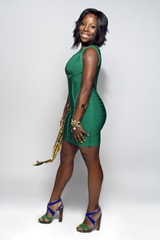 Alto saxophonist Tia Fuller and her band continue The New Brunswick Jazz Project’s celebration of the arrival of summer. Fuller performs as part of the Summer Evening Serenade Series at The Yard on Rutgers New Brunswick campus.

“…she molds all of the elements in the modern jazz melting pot to her liking. She is fierce, friendly, cutting, kind and calculating all at once…” ~Dan Bilawsky, All About Jazz

“Fuller has one foot firmly grounded in jazz pedagogy and the other freely stepping forward.” ~ The Wall Street Journal

“…one of the most gifted jazz musicians of her generation.” ~ Ebony

“Tia Fuller has been steadily strengthening her footing as a solo artist.” ~  The New York Times