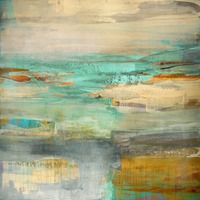 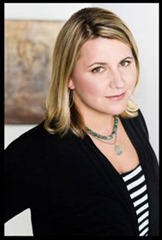 Maeve Harris (born September 1, 1976) returns to her home town of Chatham NJ for her first local show in over 20 years. Maeve Harris is an American abstract painter whose work can be found in private and corporate collections around the world. She is influenced by natural and organic forms, but her paintings reveal a focus on the medium itself. Mixing her own pigments, Maeve uses multiple layers of color and metallic to suggest the passage of time and change of perspective. She uses a variety of inks and pigments to mix color and light into her work. Her approach to traditional subjects such as landscapes, figurative, or animals is met with experimentation of form, material and technique. 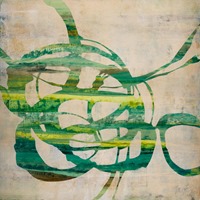 CSM is a distinguished art and framing gallery in Chatham, New Jersey. Their collection consists of unique artwork on canvas and paper, sculpture, photography and mixed media. The showroom, which is located in a three-story carriage house, is home to over 6,000 frame samples and is open to both interior designers and the general public. Specialized services are offered for corporate and residential clients, and include custom framing, art consultation, installation and appraisals. Gallery space is available for private events or shows upon request. For more information, visit www.csm-art.com or email info@csm-art.com. 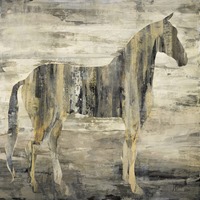 Maeve Harris (born September 1, 1976 in Princeton, NJ) is an American abstract painter whose work investigates color and light. She is influenced by natural and organic forms, but her paintings reveal a focus on the medium itself. Mixing her own pigments, Maeve uses multiple layers of color and metallic to suggest the passage of time and change of perspective. She uses a variety of inks and pigments to mix color and light into her work. Her approach to traditional subjects such as landscapes, figurative, or animals is met with experimentation of form, material and technique.

Growing up in New Jersey, she became an avid equestrian and has a passion for horses. She also fell in love with the creative process early on. She began oil painting at the age of eight and has never stopped. Harris moved to Phoenix, Arizona in 1994 where she attended Arizona State University and received her Bachelor of Fine Arts Degree in fine art photography. During college Harris studied abroad in Florence, Italy which has left a lasting impact on her work.

Since July 2002, Harris has been exclusively represented by the Seattle-based art house and fine art publisher Grand Image. In 2008, her images began to regularly appeared on NBC’s “Celebrity Apprentice” including a huge abstract in ‘The Donald's’ boardroom that was right behind everyone as they ‘got fired.’ Grand Image’s National Sales Manager, Devan Walker, attributes Maeve’s success to “Her work ethic. One of the best in the business. It’s very simple as to why she is a best-selling artist and why so many art industry professionals purchase her work time and time again.” Her work has also appeared on such hit TV shows as “Grey’s Anatomy,” ”Private Practice,” “The Voice,” and “How I Met Your Mother.”

She paints everyday in her Seattle-Tacoma studio and is an adoring mother of two little boys.