A CELEBRATION OF LGBT THEATRE IN OCEAN GROVE NEXT WEEK 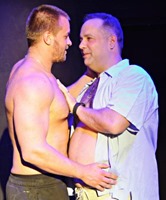 Out of the Mouth of Babes by company member and local NJ Asbury Park resident Gary C. Walter is a heartwarming play about enlightenment and taking charge of ones life, as our young protagonist is forced to drag his father out of the closet, kicking and screaming. (World Premiere)

Bernie by internationally renowned playwright Edward Gallardo is a brilliant and powerful look at a youth’s attempt to be accepted and heard:  The year is 1970 and Bernie is going a little mad in the mental hospital.  Even after several attempts to end his pain, he still insists he is happy!   (NJ Premiere)

A Life Worth Digging by local NJ Somerset resident and founding member Jennifer L. DiOrio is a lyrical and magical play:  During her midlife crisis, an archeologist discovers a life worth digging. (World Premiere)

Ripples of Water by artistic director and local NJ Toms River resident A.J. Ciccotelli: A man celebrating his 50th birthday finds a one night stand with a much younger man who has just walked out of his marriage.  Will they find solace in each other or never see each other again after a weekend of romance? (Above: Phil Korz and Gian Carlo Durland in A.J. Ciccotelli's Ripples of Water) 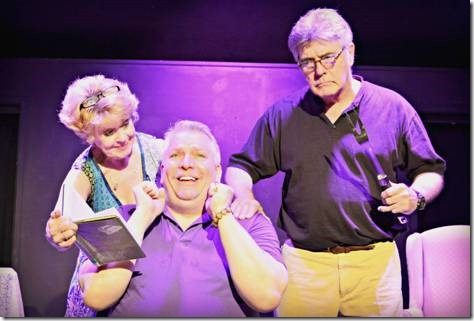 Between Them by local Neptune resident and founding member Doug Bollinger:  A college freshman decides to come out to her best friend...and introduce her to her new girlfriend...and convince her everything's OK...and not jump off the gorgeous cliff where they are all standing admiring the view. (World Premiere)

Hugh’s First Tape by artistic director and local NJ Toms River resident A.J. Ciccotelli: The year is 1984 and all Hugh wants for Christmas is a tape recorder to tell his last thoughts before Death takes him, until the spirits of the future reveal a life that is indeed worth living.  (World Premiere)

Small Town by local Little Egg Harbor playwright Ashley Friedman:  Two girls with a complex history reunite one last time to find clarity in their relationship and in themselves. A passionate play that will make you question, can one truly overcome their love? (World Premiere)

Heterosexuals or The War Over Jane Fonda A.K.A You’re Family by legendary Café Cino Playwright Robert Patrick (Haunted Host & Kennedy’s Children): It is 1990 and when Desert Shield and Desert Storm occur, a gay pacifist and candle maker is forced by financial circumstances to move in with his sister and redneck brother in law.  An engaging comedy that explores a family from two vastly different set of beliefs and about what brings them together and tears them apart.  (Revival) (W. Allen Wrede, Donna Knowlton and Evan Black in Legendary Playwright Robert Patrick Heterosexuals) 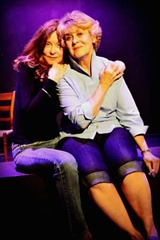 WHEN: Sun. June 11 @2pm.
TICKETS: a suggested donation of $8/can be purchased on line or given at the door.

The Oath by artistic director and local NJ Toms River resident A.J. Ciccotelli: A staged reading about two sisters. one a lesbian and one not, in this memory  play about camaraderie, loyalty and loss.  Staged reading stars founding member Donna Knowlton and Janet Rothstein (left).