A Good Farmer
by Sharyn Rothstein
directed by Kel Haney

WHEN: SUN, APR 2, at 7 p.m.
WHERE: South Orange Performing Arts Center LOFT, One SOPAC Way, South Orange (behind the train station)
TICKETS: $20 and can be purchased at http://www.sopacnow.org/american-theater-group-a-good-farmer/ or by calling (973) 313-2787.

American Theater Group, the South Orange Performing Arts Center’s  new theatre company in-residence, presents a staged reading of A Good Farmer by Sharyn Rothstein.  The powerful story, set in upstate New York, tells a compelling tale of one family’s struggle to maintain their farm through adversity. The wheels of crisis are set into motion when they hire a Mexican immigrant to help them. The topical play highlights the humanity of those whose only crime was to come to American and make a better life for their families, and the bonds we all share as immigrants seeking the American dream.

Says Producing Artistic Director James Vagias, “When we first chose the script back in October we did so because we loved the story and the characters, but felt it might not be all that relevant by the time we presented it in April. Little did we know that it speaks to the very issues we now face as a country.”

Ms. Haney’s credits include several regional theatres in the New York area and beyond including Atlantic Theater Company, Cherry Lane, Keen Company, Labyrinth, The Lark, Ma-Yi, Naked Angels, New Dramatists and New Georges. In addition to her work with American Theater Group directing the hugely successful The Way We Get By by acclaimed playwright Neil LaBute, New Jersey audiences may remember her productions of Deborah Brevoort’s My Lord What a Night and James Christy’s At Liberty Hall at Premiere Stages. 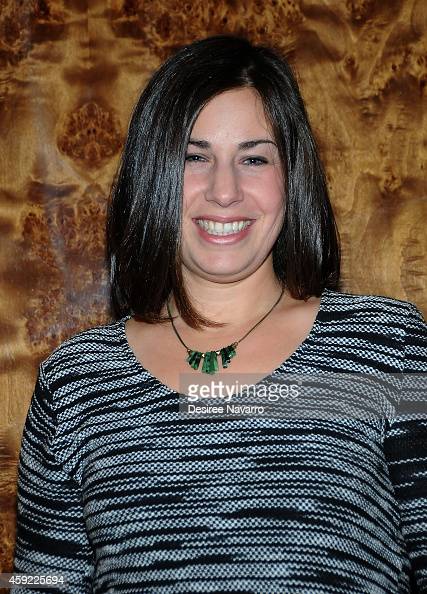 Sharyn Rothstein is a playwright and television writer, whose plays and musicals have been workshopped and produced around the country, as well as internationally. Her play By The Water was first produced by Manhattan Theater Club and Ars Nova in 2014 and was the recipient of the 2015 American Theater Critic’s Association Francesca Primus Prize for a play by an emerging woman playwright. Her play All The Days was the recipient of the Edgerton Foundation Award and was produced at the McCarter Theater Center in 2016, directed by Emily Mann. In addition to playwriting, Ms. Rothstein is a writer for the USA Network drama SUITS. She holds an MFA in dramatic writing from NYU and a Masters degree in Public Health from Hunter College, with a concentration in Urban Health.

This play will resonate with anyone who desires to view the humanity behind today’s headlines. Ms. Rothstein’s play is funny, compassionate and utterly human.

American Theater Group is an ambitious new performing arts company launched in 2012 with co-founders Joe Mancuso, Rick Sordelet and then-Mayor of Rahway Jim Kennedy that offers musicals and plays, a new musical reading series and arts-in education programming. Its focus is on producing new and classical works, primarily by American playwrights, with an emphasis on the development of new works and the rediscovery of undeservedly neglected older ones. American Theater Group’s Board of Trustees chairperson is South Orange resident and Tony Award-winning actress Michelle Pawk.

SOPAC programs are made possible in part by the National Endowment for the Arts and the New Jersey State Council on the Arts.  The South Orange Performing Arts Center (SOPAC) is a 501(c)(3)charitable organization.SOPAC received funding through a grant from the New Jersey. Department of State, Division of Travel and Tourism, visitnj.org.

Since 2006, SOPAC has been serving as a premier performing arts center in the region. SOPAC offers innovative artistic and cultural experiences for diverse audiences in an intimate, inviting environment. The premier arts center hosts a variety of live performances, community events and education programs for all ages.  To further expand its offerings, SOPAC has a partnership with the Juilliard School of Music to present Juilliard @ SOPAC—a series featuring upcoming musicians from the acclaimed conservatory.  SOPAC is home for Seton Hall University Arts Council’s performances, including Classical Concert Series, Jazz ‘N the Hall performances and Seton Hall University Theatre productions.  SOPAC also presents performances by its theater company in-residence, American Theater Group. For more information, visit SOPACnow.org