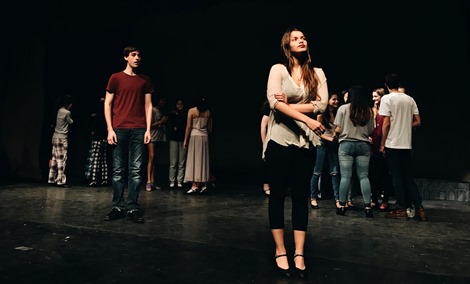 WHEN: Thursday, Friday and Saturday, March 16, 17, 18, 7:30 PM
WHERE: The Collins-Tall Auditorium, 19 Columbus Drive, Tenafly, NJ TICKETS: $20 premium; $10 for seniors and students reserved; $10 for general admission.
To purchase tickets visit: www.tenaflytheatre.com or buy at the door.

The Tenafly High School is proud to present Cinderella as this year’s spring musical – the enduring Rodgers & Hammerstein hit that continues to lure and entertain audiences with its fairytale love story and enchanting music. The show has been cast and directed by Tenafly High School Theater/Speech Director Samuel Ahn-Cooper and Music Director Jim Millar, who are eager to showcase this new book version by Douglas Cater Beane, which successfully premiered on Broadway in recent years, putting a new modern spin on this popular classic.

Cinderella was originally conceived as a made-for-television musical in 1957 starring Julie Andrews, and was followed by a 1965 version with Lesley Ann Warren and a 1997 one with Whitney Houston, Brandy and Bernadette Peters and Whoopi Goldberg. The new Beane version, which had a recent run on Broadway, retains much of the original music, but has edited the storyline to give it more political substance and to make Cinderella and cast more multi-dimensional.

“This is a large scale production with traditionally beautiful music, great sets, and the chance to bring audiences the magic of this timeless fairytale combined with the unforgettable music of Rogers and Hammerstein,” says Samuel Ahn-Cooper. “ We are particularly proud to present the new Bearn book, as it retains all the sentiment and charm of the original, but with some important refreshing updates that this story deserves. It’s something audiences of all ages will love!”